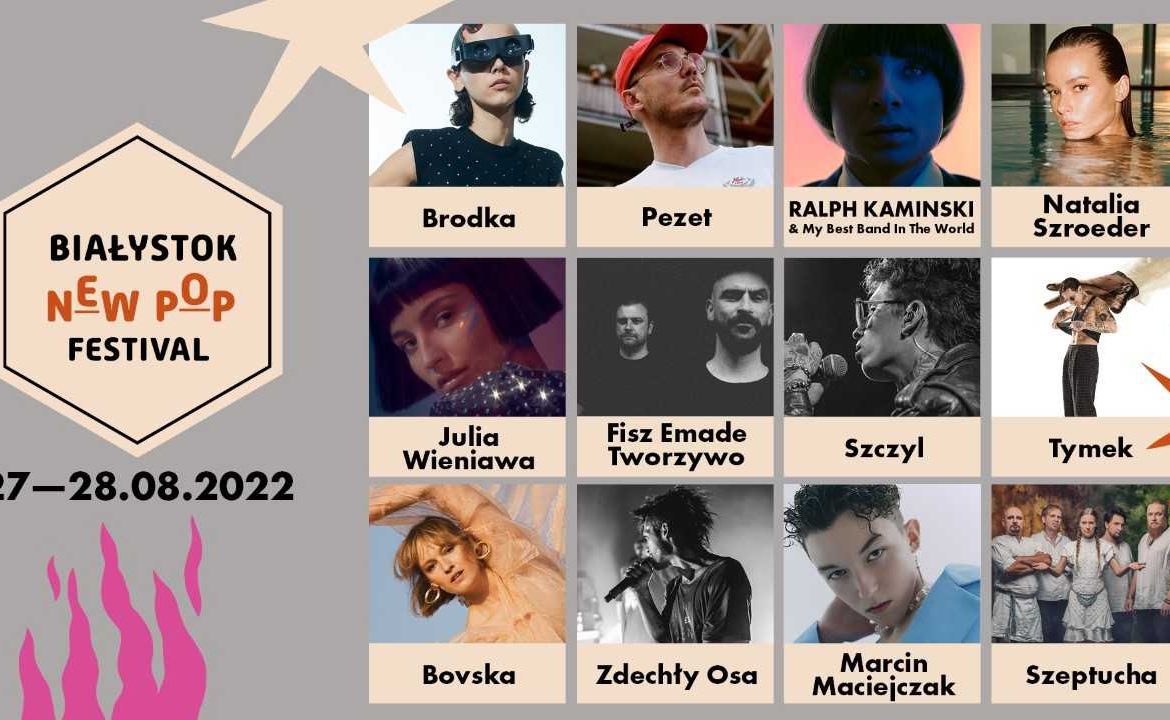 A dozen or so concerts, summer afternoons and evenings, outdoors in front of the Baroque Branicki Palace, excellent artists with different ideas of music. The fifth edition of Biaystok New Pop Festival will take place this year, on the last weekend of August (August 27-28).

The fifth edition of Biaystok New Pop Festival will be musically intense and diverse. The festival stage will feature famous and shorter experienced artists, who are looking for their own path, but they undoubtedly have tremendous talent. This group of creators guarantees a unique musical melting pot under the banner of new pop music, which will allow to dance frenzy and contemplate the wonderful sounds.

This year, the festival will be held on a different date than before – after four editions in mid-July, the festival has been postponed to the last weekend of August (August 27-28) – so more people can tune in to the concerts – the end of the holidays is time Which most of us have returned from holidays.

However, the attractions for which the Białystok New Pop Festival is famous have not changed. The organizers offer outdoor musical relaxation in a true picnic atmosphere. There will be time to listen to concerts, chat with friends and taste food (food carts will be built on the Baroque square). Traditionally, children will also have their own area. The program also includes a newsroom and meetings with artists, and you’ll also be able to get autographs from your favourites.

Entry to the festival area is possible from 4.30 pm and the first concerts begin at 5.00 pm.

Selected concerts from the festival, just like last year, will be available during the broadcast Facebook Biaystok New Pop . Festival.

Don't Miss it Maga what did you do?! Great match for a Polish woman at Wimbledon
Up Next There will be no delivery. Kevin Spacey will appear in a British court