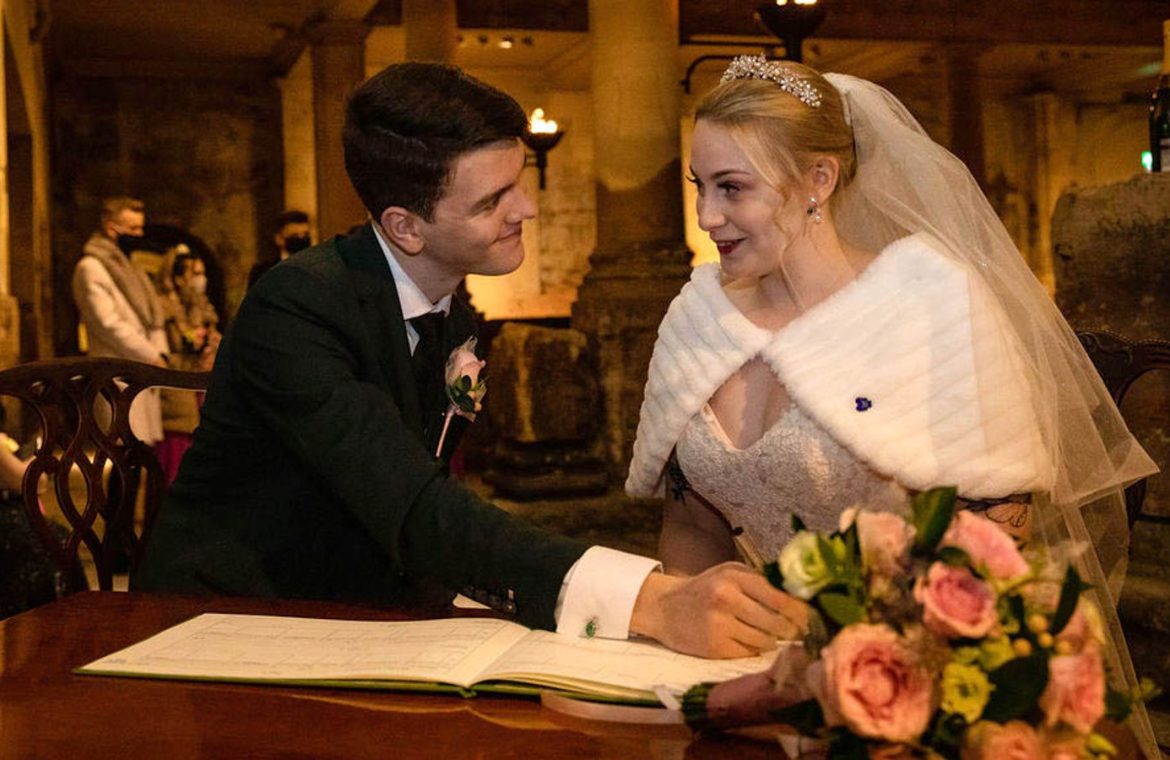 A childhood sweetheart has officially become Mr and Mrs White on Christmas after they got married before the second coronavirus lockdown went into effect in England.

Telly Christmas, 21, said her new husband, Kieran White, 20, “fell head over heels” for her when they first met when they were 12.

“He really fell and butted my feet,” she said. “After that, we became great friends and eventually a boyfriend and girlfriend.”

Tilly also revealed that it took them “time to whip” that their surnames together had a festive feel.

She said, “We first realized it at a prom in our high school when our friend uploaded photos to social media with the hashtag #WhiteChristmas.”

She added that she wanted to keep her unusual title “for several reasons.”

And she said, “It is a title that I grew up in love with and wanted to keep this name.” “It just so happens that the man I marry has a perfect surname to go along with it.”

The couple, from Bridport, Dorset, got married in the Roman Baths of Bath on Tuesday, at A. Coronavirus disease– A secure party with a few close family and friends – followed by a reception for 15 guests on the venue’s impressive terrace.

Ms White Christmas, a business administration student, said the couple were due to marry elsewhere in July but, like many other couples, had to take him back due to the outbreak.

“To be happy for ourselves, we decided to look for another place with a real wonderful factor for the rescheduled party and fell in love with the Roman Baths as a venue,” she added.

Paul Crossley, of Bath and Northeast Somerset Council, said: “On behalf of the Council, our registrars and the team at the Roman Baths, I would like to convey our heartfelt congratulations to the new Mister and Mrs. White Christmas.

“They arrived just in time for marriage before the recent restrictions and we were happy to have chosen the Roman Baths.”

Don't Miss it NI Coronavirus: 12 more deaths and 516 new cases reported by the Ministry of Health
Up Next Hundreds of New Jobs Reduced at Rolls-Royce Civil Aviation