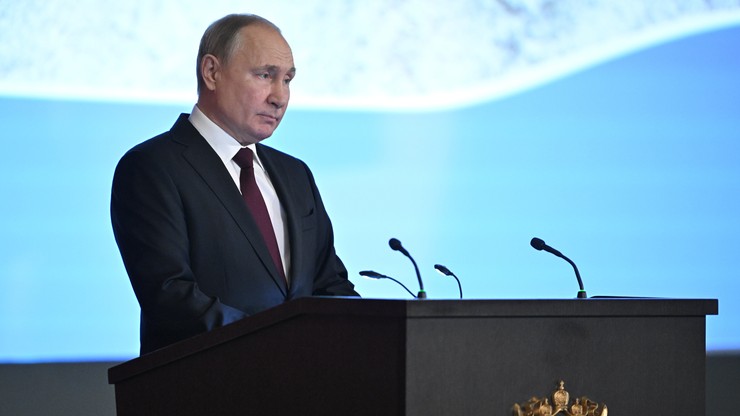 The announcement came in an official response to Washington’s proposals to Moscow in response to its demands in the security field. According to Reuters, “military and technical measures” could mean, among other things, activities such as the deployment of missiles and troops.

“If the US side is not prepared to communicate strict and legally binding guarantees of our security by the United States and its allies, Russia will be forced to respond, including by implementing measures of a military and technical nature,” the document reads.

According to Russia, the United States did not respond constructively to the most important points for Moscow, such as abandoning the further expansion of NATO, the deployment of military bases on the territory of the countries of the former Soviet Union, the return of the alliance infrastructure to the former Soviet Union. State 1997. The document added that “these theses are of fundamental importance to the Russian Federation.”

There is no ‘Russian invasion’ of Ukraine.

The Russian authorities have stated that NATO’s “open door” policy is inconsistent with the basic obligations of the Organization for Security and Cooperation in Europe and “expects NATO” to “make specific proposals on the content and forms of legal unification to resign from the further expansion of NATO to the “East.””.

Russia has denied any plans to attack neighboring Ukraine. “There is no ‘Russian invasion’ of Ukraine, which the United States and its allies have officially spoken about since last fall, and it was not planned,” the document wrote. The Russian side further stated that “the allegations that Russia” is responsible for the escalation “can only be judged as an attempt to show pressure and disregard Russia’s proposal for a security guarantee.”

See also  The cat attacked the pilot, and the machine was forced to return. This is not the first case of its kind in the history of world news

a look: Ukraine and Russia. Donald Tusk: Today you decide where the border between East and West will be

The document said the West’s demands that Russia withdraw its forces from certain areas of the country were “unacceptable to Moscow”.

The document states that “in order to calm the situation around Ukraine,” it is necessary to “force Kiev to implement” the Minsk agreements, stop the deliveries of Western weapons to Ukraine and withdraw weapons that have already been delivered, recall “all Western advisers and trainers” from there and abandon NATO. “Any joint exercises” with the Ukrainian army.

Russia’s proposal to the United States

The published text states that Russia is proposing the United States to “work together to come up with a new ‘security equation’. Russia mentions the issue of medium and short-range missiles as its component. We believe that this class of weapons is a necessary component of the ‘security equation'” jointly developed by Russia and the United States.

Reference was made to other elements of the “safety equation” joint work on agreements to develop New START and on the non-proliferation of nuclear weapons outside the territories of countries that possess them.

a look: Blinkin: Our information indicates that Russia is preparing to attack in the coming days

See also  The Czech Republic eases restrictions on Poles. Entering the country without any restrictions

The document says that Russia “notes the readiness of the United States to act substantively on individual steps related to arms control and risk reduction.” At the same time, the Russian side demanded that its demands be considered jointly. It stated that the “nature of the Russian package of proposals” had been ignored and “appropriate” topics were chosen.

In December, Russia announced demands, which it described as security guarantees that Western countries are required to meet. He goes, among other things, to obtain guarantees that NATO will not expand eastward, including to Ukraine, and for the withdrawal of NATO forces from the countries of the alliance’s eastern flank. Claiming to consider these demands, Russia focused on more than 100,000 people. Soldiers on the border with Ukraine.

“The evidence shows that Russia has taken steps toward invasion at a defining moment,” US Ambassador to the United Nations Linda Thomas Greenfield said Thursday. She added that the head of US diplomacy, Anthony Blinken, will make a speech unexpectedly at the UN Security Council. – President Joe Biden said – Everything indicates that Russia is preparing to enter Ukraine.

“All indications we have are that Russia is ready to enter Ukraine,” Biden said, addressing reporters on their way to the Marine One helicopter. He added that there was a “high risk” of an attack in the next few days, and that Russia was now carrying out a “false operation” to create a pretext for an invasion.

He stressed, however, that there was still a chance for a diplomatic way out of the crisis, and therefore asked the US Secretary of State to appear in the forums of the United Nations Security Council.

Don't Miss it US President Joe Biden: Russia may be preparing to enter Ukraine. It is possible in the coming days
Up Next AMD Ryzen 7 6800H APU Rembrandt Premiere – Performance Test AMD Radeon 680M vs Intel Iris Xe Graphics vs Radeon Vega 8