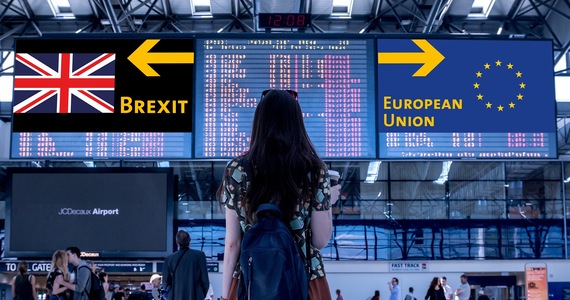 From next year, the British will pay 7 euros for the right to enter Europe – such plans were presented by the European Commission in Brussels. Will London respond to Brussels with grace?

British Prime Minister Boris Johnnon confirmed this There are no plans to introduce a similar system. Commentators point out that its use may prevent European tourists from visiting the UK. Besides, the European Commission’s declaration is not that harsh – The fee that the British will have to pay will be a one-time fee, allowing them to cross the border of a particular country multiple times for a period of 3 years.

Before entering the continent, they will have to fill out the form electronically, and after checking its contents with the EU police database, they will receive an email confirming the right to visa-free travel. It won’t ruin them financially, but it will be another bureaucratic complication of Brexit.

The European Commission plans cover all countries in which you can enter the Schengen area without a visa. So it is not a movement specifically targeting Great Britain. Perhaps that is also why London does not intend to complicate the lives of Europeans who would like to visit the islands in the future.

A similar system has been around for a long time and works well in the US, and the Brits who fly across the Atlantic have to pay and use it every time. It facilitates the work of the US immigration services and provides the unpleasant disappointments of those travelers who, due to previous violations of the law, can slam the door in their face during passport control after landing at a US airport. As it means in the future The British after the so-called dirty police record may face difficulties in entering the European Union.

The major change in relations between Great Britain and the European Union was the introduction of the UK post-Brexit immigration points system, which covers citizens of the community who wish to settle in the UK and work. They can still visit the UK as a tourist but are not allowed to work. Nor are they automatically entitled to local benefits.

It has always been known that tourism between Great Britain and mainland Europe will run smoothly. The European Commission’s announcement – due to the amount of the fee, duration of the permit and multiple use – is just a point in the ocean of the seismic changes brought about by Brexit.

Don't Miss it This 23-year-old British girl struggles with “water allergy”!
Up Next Australia: Most cases of new coronavirus this year