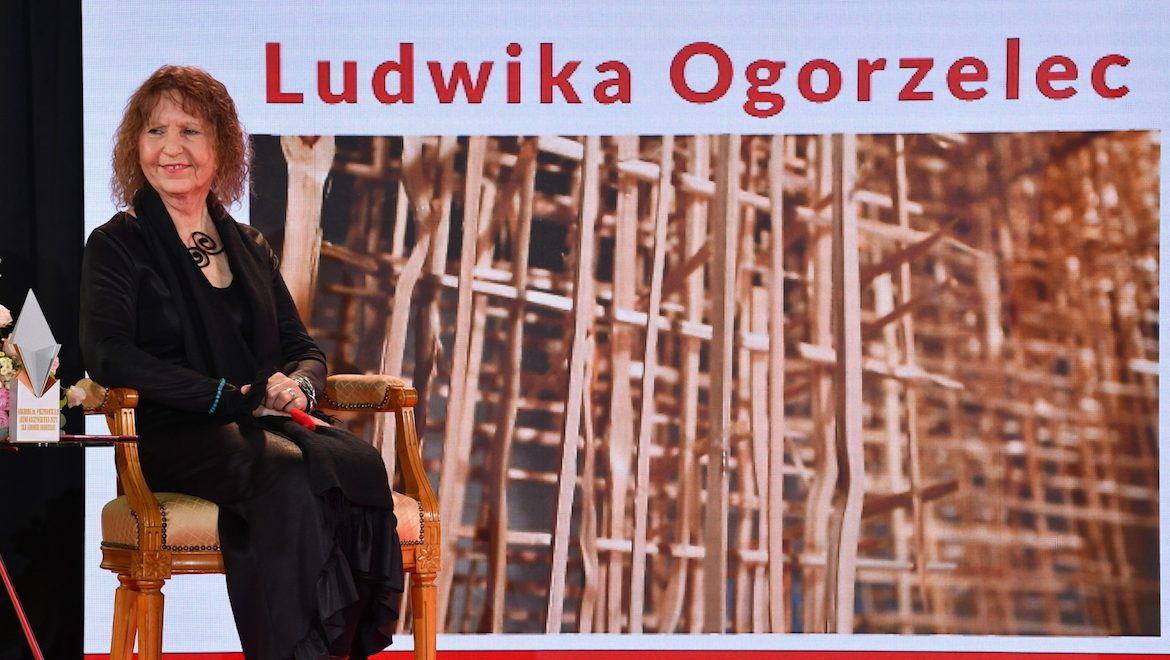 Ludwika Ogorzelec is a Polish sculptor who has lived and worked in France for many years. Her work is characterized by a space defined by delicate pieces of wood and glass. The artist himself performs many difficult compositions. – I don’t understand how you can give your creativity to technicians. It is as if the pianist asked for help pressing the keys. It is difficult to say exactly how long the installation process will take. It all depends on the size of the statue. I always include the past tense, which is the experience I’ve gained over the years. As for the statue I made in the courtyard of the Royal Castle in Warsaw, it is 40 years and 10 days – Ludwika Ogorzelec explained.

The Great Project Poland Congress. Ludwik Ogorzelec with President of the Republic of Poland Lech Kaczynski

Ludwika Ogorzelec, as a young woman, created her art program in which she described the crystallization of space. Its phenomenon is to present transparency, lightness, space and light in the works. The sculptor’s artistic path began in Lower Silesia to lead her to Paris. – It all started at university. We got an assignment clause from the professor regarding the scale. At the time, I was walking on stilts and analyzing the phenomenon of the human body. I was wondering what movement you should make to maintain balance. It was later written about me that I entered the creative path on stilts. It is a funny fact – added the artist with a smile.

Ludwika Ogorzelec is this year’s President Lech Kaczynski Award winner.
– You are an extraordinary person on the European and world art scene, you have done great things – said President Jaroslav Kaczynski when presenting the award pic.twitter.com/xrIRlMbE85

– It was a wonderful adventure time. I don’t know if I was thinking about the hardships then. However, there were followers who used my ideas and made a fortune by signing their names under my inventions. The works I created were non-commercial, and were considered an unknown artist. It was difficult for me to get financial support. I felt pressured in a corner and in an invisible space so that the inconvenient truth wouldn’t come out. Many people borrowed my achievements and worked on them – She said. 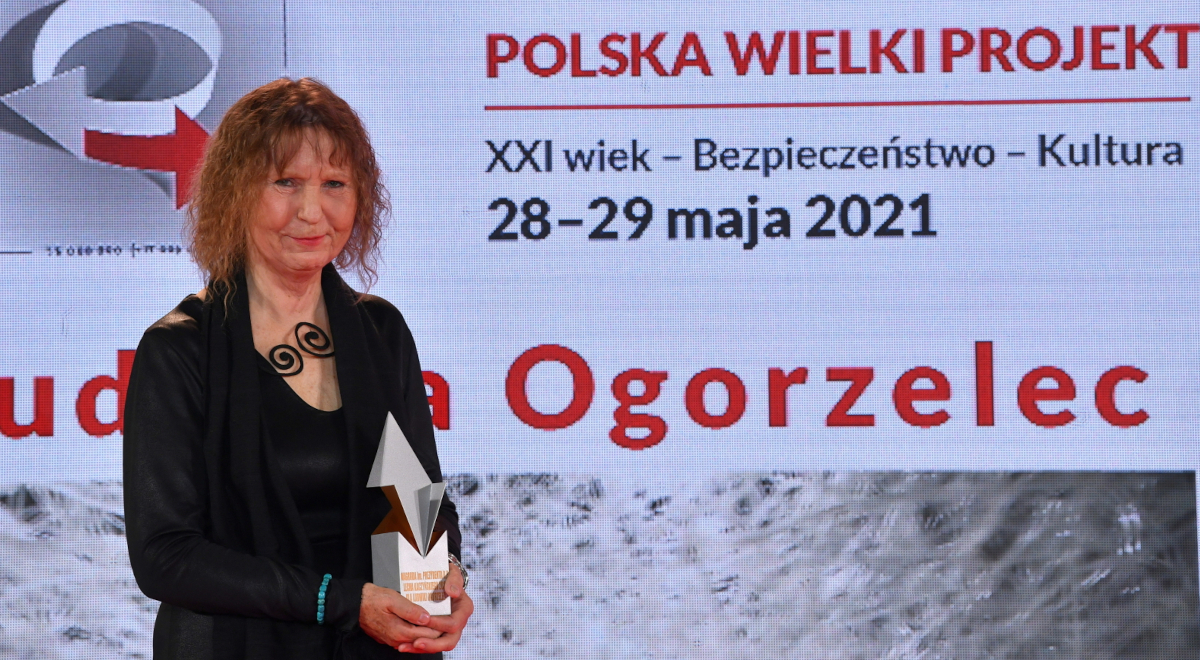 Ludwika Ogorzelec: a technician for everyone

– The award surprised me very much. I don’t even know how I should feel about her emotionally. I am not used to the bonus. It’s a wonderful feeling for me. I’m very happy and I hope I don’t have to face criticism anymore Summarize Ludwika Ogorzelec.

President #PiSDeputy Prime Minister c. #Kaczyński w # Warsaw: It is not often that a person who is an artist in the full sense of the word – an artist of international importance – also has a beautiful part of the struggle for a free Poland in his autobiography. #PolandBig Projekt pic.twitter.com/wcO79X4ALq

award to them. President Lech Kaczynski

The sculptor received the President Lech Kaczynski Prize. “It is not often that an artist of international importance has such a beautiful part of the struggle for a free Poland in his autobiography,” Jaroslaw Kaczynski, head of the PiS, emphasized during the award ceremony.

award to them. President Lech Kaczyński is awarded to artists whose works contribute to a better understanding of the history and traditions of Poland and constitute a valuable inspiration for the future. Previous winners, among others, are Lech Majowski, Jerzy Kalina, Anthony Libra, Andrei Nowak and Jaroslav Marek Remkevich. The award was given in the framework of Eleventh edition of the conference Poland The great project that was held this year under the slogan “21st Century – Security – Culture”.

See also  Mathematicians may have uncovered the mystery of how "stone forests" formed.

Ludwik Augurzelec He has lived in Paris since the 1980s. She graduated from the Academy of Fine Arts in Wroclaw and the Ecole Nationale Supérieure des Beaux-Arts in Paris. Work has been carried out, among others, in Sweden, the United States, Greece, Switzerland, Japan, Great Britain, Germany, Spain, Australia, Canada, China, South Korea and Bangladesh. Currently, an exhibition of her sculptural works can be seen in the Center for Contemporary Art at Ujazdowski Castle in Warsaw and in the courtyard of the Royal Castle in Warsaw.

Don't Miss it Emerging as an Expert in UAE’s Heritage and Culture is the Emirati’s one and only: Hamad Saeed Raghash
Up Next Belarus: Hrodna.life editor arrested and released