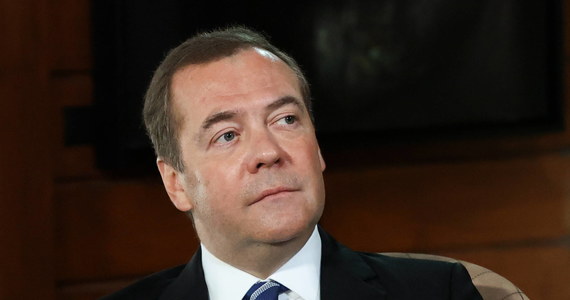 Dmitry Medvedev, deputy head of the Russian Security Council and former president of Russia, has announced what he thinks the world will look like after the West imposes sanctions on his country. According to him, a number of global commodity supply chains will collapse, food, monetary and financial crises are likely to occur in some countries or societies, and new epidemics will begin.

On Telegram, Medvedev published a post entitled “What will happen next, or the world after anti-Russian sanctions (not at all expected)”. According to the ex-president of Russia, a number of global commodity supply chains will collapse. “A serious logistical crisis is possible, including the collapse of foreign airlines banned from flying over Russia,” writes Medvedev.

Another point mentioned is energy crisis Which, in his opinion, “will be intensified in those countries that have imposed sanctions and ‘shot at their feet.'” He said, Fossil fuel prices will continue to increase, The development of the digital economy in the world will slow down.

Moreover – as he writes – International food crisis It will come with the possibility of famine in individual countries.

“This is possible in some countries or communities monetary and financial crisis– confirms the ex-president of Russia.

In addition, new regional armed conflicts will arise where the situation has not been resolved peacefully for many years or where the vital interests of the major international players are ignored.

See also  Russia wants to separate itself from the global internet

Medvedev believes that “terrorists are becoming more active, believing that today the attention of the Western authorities is focused on the game with Russia.”

As the former Russian president expects they will start New epidemics, caused by the refusal of sincere international cooperation in the sanitary and epidemiological field or by direct facts of the use of biological weapons.

“There will also be a decline in the activity of international institutions that have not been able to prove their effectiveness in resolving the situation in Ukraine,” he wrote. He cited the Council of Europe as an example.

The former Russian president stressed that “there will be new international alliances of countries based on pragmatic, not ideological, criteria.”

Don't Miss it Giant 4 meters tall off the coast of the United States of America. This is where from “Jaws” – o2
Up Next This eclipse will be visible from Poland! Get ready for May 16, 2022…