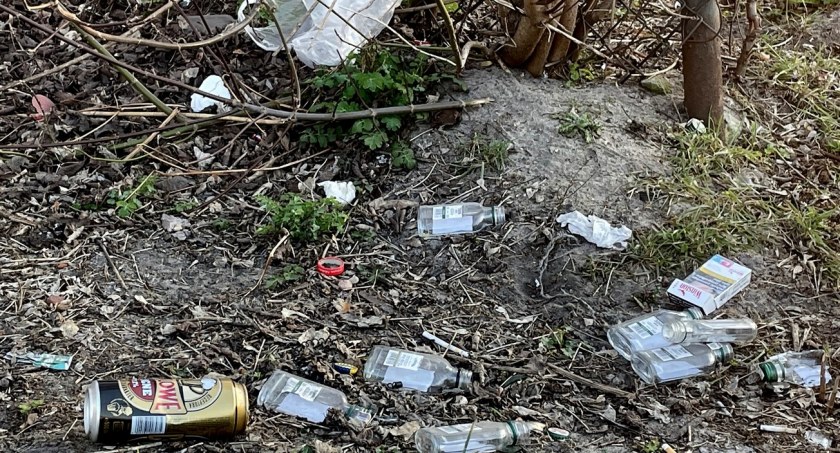 Dirty, dirty and cluttered. Appearing at every step – pity of God – with the “creativity” of the great “TFU” performed by subversive graffiti artists, full of bird excrement, Otwock – run by the PiS authorities, looks like a typical example of Slavic liberation.

I watch him every day as he walks the way from my house to the train station along the main artery of the city – Andreoli Street. Especially now, when trees and shrubs have not yet entered the growing season, they make a very depressing impression. And it’s not even in this case about some elementary approach to the aesthetics of urban space, with which Otwock has had a problem for so long, but rather the fact that its streets are simply…terribly filthy! So I ask: Where are the municipal departments responsible for maintaining cleanliness? Who are the officials who must coordinate and supervise on behalf of the city? What are they waiting for? Welcome! Ladies and gentlemen – Wake up! Spring has come, time to start a general cleaning! Otherwise, we will be drowned in a flood of all kinds of papers, plastic bags, product packaging, used bottles and masks, which are spreading more and more on the streets of Otok.

Ottok is not only on the infamous list of the most polluted cities in Poland, where the concentration of aerosol air pollution exceeds the recommendations of the World Health Organization by at least twice, but we are about to break another record in the ranking. .. the dirtiest cities in Mazovia. The cleanliness of Otwock’s streets does not testify favorably to the services responsible for order in the city or its chief as the host.

What can I say…Otwock’s aesthetics are exciting. The years of the Polish People’s Republic left an imprint not only on the general appearance of the agglomeration, but also on the tastes of its inhabitants. We are used to the sight of apartment complexes, holes, ugliness, and vulnerability. After the political transition, the advertisement that “covered” the streets of Otok became a real disaster for the urban space of this city near Warsaw. I wonder what happened to us over the years as we stopped caring about our surroundings and started not caring. However, when we ask the first person if he feels better when everything is clean and tidy, he will answer without hesitation that it is clear … Why, then, our public space leaves so much to be desired? Do we not realize that our surroundings affect our daily functioning and well-being and how we relate to others? exactly the contrary! However, it’s hard to find beautiful yards and well-kept sidewalks when the ordering takes care of at your apartment doorstep or behind your home gate. However, the example must come from the top! After all, the character of the city is determined by the shared public space, not the private one. This means that a conscientious and responsible host must take care of them.

As a resident of Otok, I don’t expect local government authorities and President Marjeelsky, in particular, to do the impossible. Nor do I claim any amazing works and ideas. Similar to PR conferences, full of overly optimistic information about how much money the city will spend on investments (by the way, where’s the money???) and we’ll be proud of it soon. I would like the city in which I live first and foremost to be tidy, aesthetic and functional. And it probably should have straight sidewalks, and the roads I roll don’t look like Swiss cheese. I expect too much? I do not think so…

The editorial office is not responsible for the comments of Internet users on the article:
Mayor Otwock – Time to start spring cleaning. If you think a comment should be removed, please report it using the “Report” link.

Don't Miss it Chelsea can sell tickets again. But nothing will make her a Pikon
Up Next – Wall Street Journal: Zelensky asked the United States not to impose sanctions on…