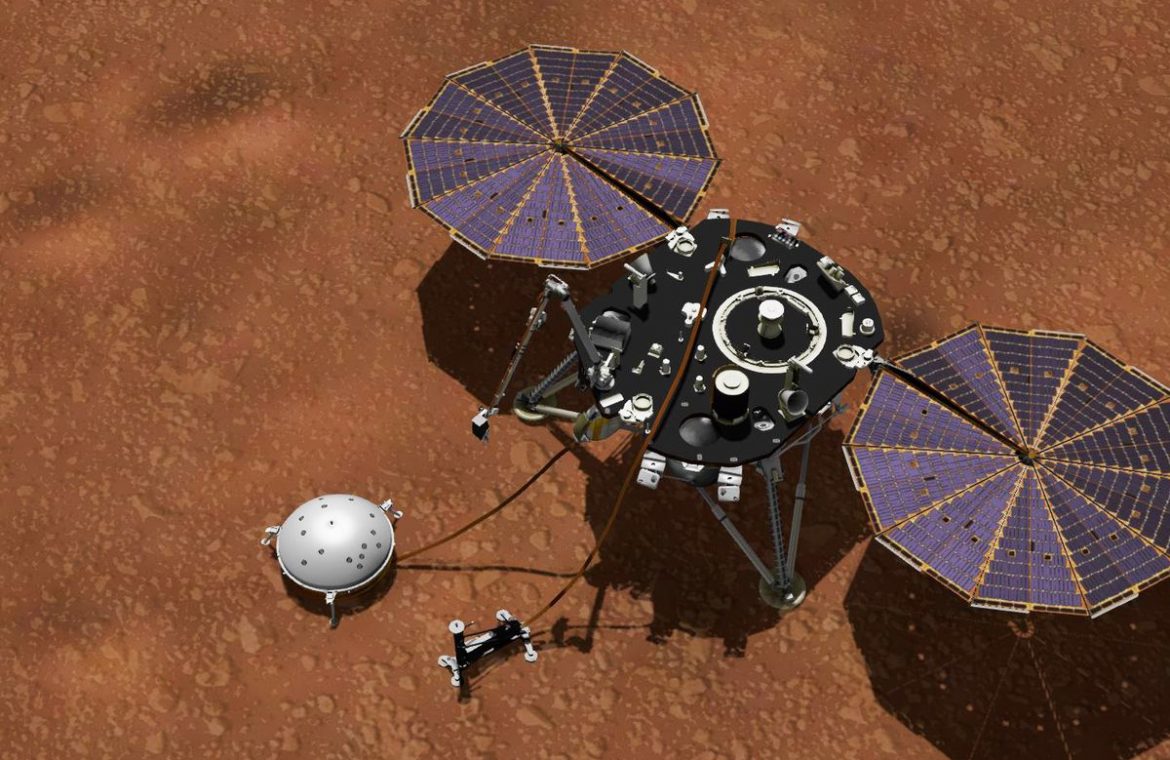 The InSight probe, our best seismometer in space, is not idle. Since its landing on Mars, it has detected more than 500 sensitive earthquakes on the red planet, providing scientists with the first vital data about the planet’s internal structure.

The latest information released by scientists analyzing data from the sensors on an ongoing basis indicates that again – on March 7 and 18, respectively – two much stronger earthquakes were recorded. This time the tremors were of a magnitude of 3.3 and 3.1 degrees. So far, during the mission, only two strong jolts (strengths of 3.6 and 3.5 degrees) have been recorded. Interestingly, the four strong earthquakes came from the same place Mars It’s called Cerberus Fusae.

Exploring the interior of Mars immediately could provide scientists with a lot of information that they may need when studying others planet They both orbit the sun and other stars.

What is the difference between Mars from Earth?

The primary difference is that Mars is not Tectonic platesWhile there are still volcanically active areas, their activity could trigger earthquakes on Mars. All four “strongest” earthquakes on Mars are similar to those recorded on Earth. They traverse the entire interior of the planet, unlike earthquakes recorded, for example, in the moon. The fact that it originates in the same place somewhat indicates that Cerberus Fossae is the center of volcanic activity on Mars.

After winter Seismograph Comes to life

No, this does not mean that the SEIS seismometer has not been triggered for the past few months, but that in reality much fewer earthquakes have been recorded in the winter. The problem, however, is that in the northern hemisphere winter – also where it is located insight – The wind blows stronger. With a highly sensitive seismometer, the winds create a lot of noise in the data, hiding many of the earthquakes that could not be captured from that noise.

As if that wasn’t enough, now that the winds have slowed down dramatically, even the temperature changes can be annoying. During the day, the temperature can fluctuate from -100 ° C to 0 °. It seems to be an acceptable level, but even the cables with which the probe were provided stretch and contract under the influence of temperature, and from time to time SEIS records characteristic clicks. Therefore, intervention was needed.

Remember, however, that NASA scientists have experience repairing devices sent into space without physical access. The best example of this is the Apollo 13 mission, Reset Rover Mars Or the probes VoyagerHave had a malfunction hundreds of millions of kilometers from home.

This time, the InSight robotic arm was used to assist, which covered the cable connecting the seismometer to the landing craft with sand. A very simple solution, as if from a sandbox, but if the arm was not on the plane, then it was impossible to implement.

While summer on Mars is good news, Mars is currently the farthest from the Sun in its orbit. The solar panels used to power the probe receive less energy, especially as they are covered in dust. So it can be said that while you can hear more now, you’ll soon need to turn off the seismometer for a few months, which saves energy later.

The InSight mission was recently extended for another two years (1 Martian year).

See also  Something will hit the moon in a few days. Nobody admits that
Don't Miss it Złotorudy Grall – A needy blind dog looking for a home
Up Next France and Germany are concerned about the situation in Ukraine. “We are closely following the Russian troop movements.”