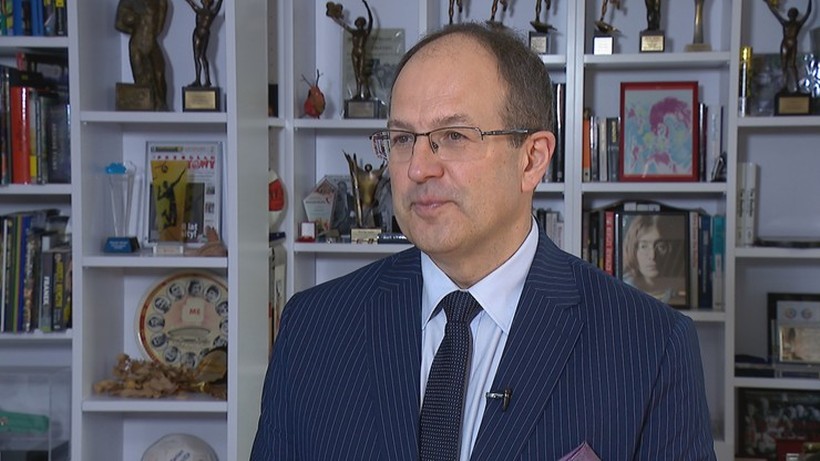 Someone will say – this is the wonderful magic of sports. It is true that the Olympic Games are the most beautiful moments of humanity that are lost in the problems of modern times, and they must be enjoyed, because we do not know what may happen in the near future. And how did we Poles succeed in this?

For a country without a real Ministry of Sports and a Polish Olympic Committee limited in its competencies – this is very good. Of course, it can always be better, but there is nothing to worry about. How many medals I don’t know, because I’m writing these words after the four girls’ bronzes in rowing, and before our athletes set off on Saturday, are still more than we can realistically suppose before the Olympics.

If someone thinks otherwise, it means that he does not closely follow what is happening in the world of sports and does not know how much attention is paid to the participation of world powers and all other nations, even the smallest, in the Olympic Games. Because if anyone cares about such Kosovo, if not for two golds in the early days of the Olympics. Paradoxically in the medal standings, these two medals place Kosovo higher than Ukraine, which already has 14 discs of all three colors, but contains only one gold. In short, everyone is striving for something in the Olympics. China to be the best in the world and win with the United States and Great Britain to be the best in Europe and win with Russia, Kosovo, the Bahamas, Bermuda, Lithuania, Moldova, it even exists. So each medal must be torn, pulled and exhausted in a fierce battle with other volunteers.

More respect to our athletes, not only to the medalists, but also to those who missed the podium by points, tenths or even milliseconds. And there was such. Those 4th, 5th and 6th places not only hurt the athletes, they hurt us all, because the job is done and no one has left anything out, and yet it has failed. Then we have in our eyes tears of regret, disappointment, injustice of fate, and a feeling of lack of support from God Almighty.

Anyway, crying became the hallmark of our representation in these games from the very beginning. It began with Iga Świątek, who, for some reason, burdened with the ambitions of the whole nation, quickly finished her start in the Olympics and could not survive for long, crying on the field after the match ended. Our volleyball players cried like beavers after losing the quarter-finals to the French, although Vital Heinen should shout out to heaven, because he was the one who collapsed this tournament, not expecting Michau Kubic’s stress and wasting our huge volleyball potential with Kamel Semenyuk at its helm. .

See also: Polish volleyball players fracture after withdrawing from the Olympics. They burst into tears (photos)

Marcin Lewandowski cried, because although he was in the shape of his life, the injury robbed him of his chance to fight for a medal. Our silver spearman, Maria Andrijk, was crying, but not out of regret for the lost gold. She cried in front of the camera when a Eurosport reporter showed her a video of how she rooted for a medal in her hometown, at her school. Our bronze wrestler Tadeusz Michalik was in tears at Warsaw Airport, greeted by his family and fans. Anita and Darshik wept in the TV interview, dedicating the gold she earned after a serious injury to both those who believed in her and those who didn’t.

There were many such tears. Tears of joy but tears of despair. Crying tears, measured in minutes to hours. in Tokyo and Poland. Tears that restore faith in a person that not everything or everywhere is governed by money and the desire for profit. That there is such a region, and that there is a space in our lives where – as John Lennon sang in the unofficial game hymn “Imagine” – all men are brothers and the world is only one. Because these games were for everyone. And even though they only lasted ten days or so, I’m sure we’ll be missing them a lot starting Monday.

Don't Miss it Restrictions on travelers from the US? The European Union does not rule out
Up Next There is an average of 29 square meters per pole. A place of residence / residence. Only in Romania is worse