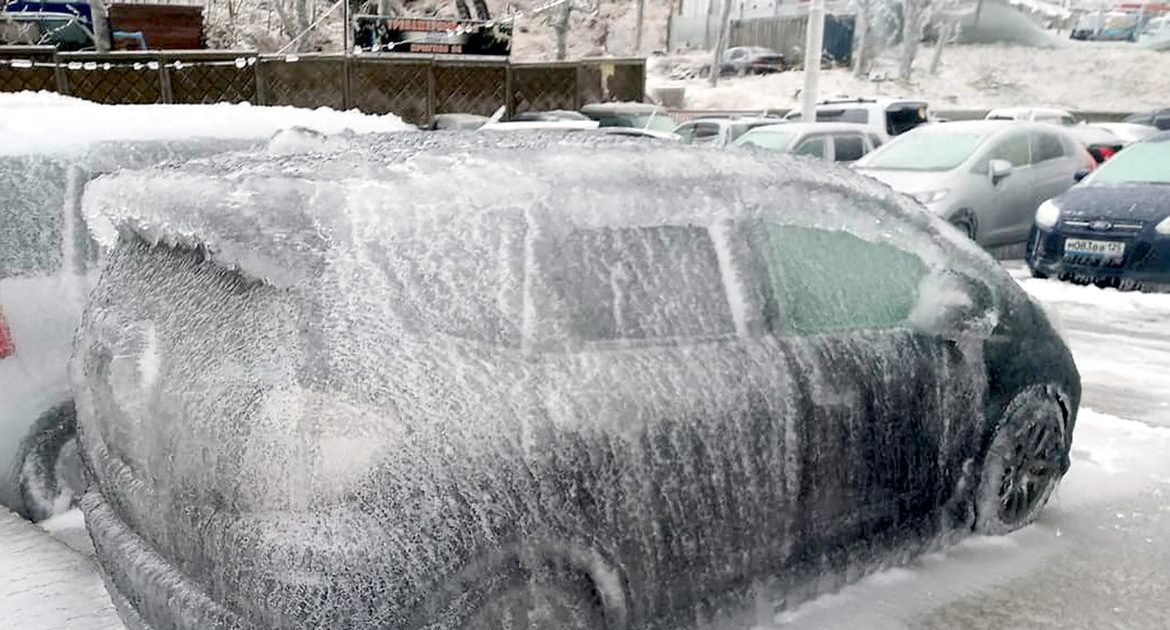 A homeless man is found surrounded by an icy graveyard in Russia after a flood of “freezing rain”.

The well-known local figure was on his way to the Pokrovsky Cathedral when he fell and froze to death in seconds in Vladivostok.

The masked man, 60, was living on the street near where his body, buried in ice, was found.

The Primorsky region on the Pacific coast of Russia has endured several days of atrocities weather With heavy rain, frozen by strong icy winds.

Cars, trees, electricity and cable-stayed bridges were all damaged in highway conditions.

The vagabond man was found by the building caretaker, named Yevgeny, who told the Siberian Times.

“The homeless man fell and was buried in the ice. The man’s body was found at the entrance to the cathedral,”

He froze to death. He was a homeless person, and had come in several times.

“As far as I know he’s been in a rehab program, but then he’s back to old habits.

Unfortunately almost every season we see such horrific scenes …

“Last year, five people were found in the park after similar hurricanes.”

About 120,000 people were cut off from electricity in the area for three days or more.

About 23,000 people do not have heating in subzero temperatures.

At least five services have been delayed on the world-famous Trans-Siberian Railway.

The 3,622-foot-long Rossky Bridge, the longest suspension bridge in the world, had to be closed.

See also  Facebook suspended Donald Trump's account. The former US president will not benefit for two years
Don't Miss it Xbox Series X / S vs PlayStation 5: Our Verdict of Launch Month
Up Next Avoid COVID-19 rules at funeral for a Serbian church leader who died from the virus | world News