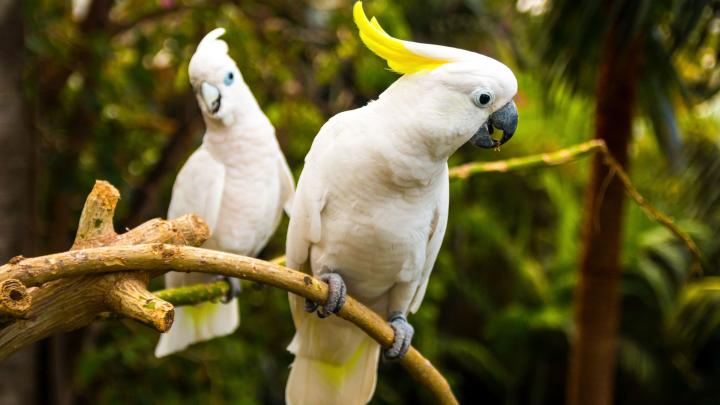 Reaching 50 cm in length, the yellow-breasted cockatoo inhabits, among other countries, Australia and New Guinea. Many Australian cockatoos learned how to open trash cans, after which other birds began to imitate this behavior. Container looting spread in waves across eastern Australia.

A few years ago, Richard Major of the Australian Museum Research Institute in Sydney photographed a yellow-peaked cockatoo lifting the lid of a container and shared the video with his colleague Clamp.

The researchers asked suburban residents in the Sydney and Wollongong regions to help notice and report cases of trash can looting in their neighbourhoods.

At the start of the project, in 2018, scientists documented the opening of parrot enclosures in three suburbs. But at the end of 2019, according to 1,396 reports, birds were looting baskets in 44 suburbs. By mapping the reported observations, the scientists discovered a clear pattern of knowledge sharing as incidents spread geographically outward from their origins.

Video analysis revealed a five-step process that includes staring, opening, grasping, walking and flipping – all of which require specific head and leg movements around the cap and positioning on the base. Scientists believe that only a few birds have figured out how to open baskets on their own. It appears that differences in technology also followed the geographical pattern of spread.

The team used tiny dots of paint to label more than 500 birds and found that about 10 percent. Who knows how to open containers. They were basically larger males, on the one hand they had more power to lift the lid, and on the other hand, their dominant position could give them easier access to containers.

As Clamp points out, this phenomenon, which fascinates researchers, has become a cause of “big mess”—birds spreading trash they don’t like. Closing the bins, in turn, will prevent automatic emptying of the bins when the garbage truck arrives out of action. (PAP)

Don't Miss it American disaster in the Tokyo Olympics. “this is unacceptable”. Worst show ever
Up Next Sunday’s Netflix Library Update Brings Nearly 20 Great News! Great start to this month