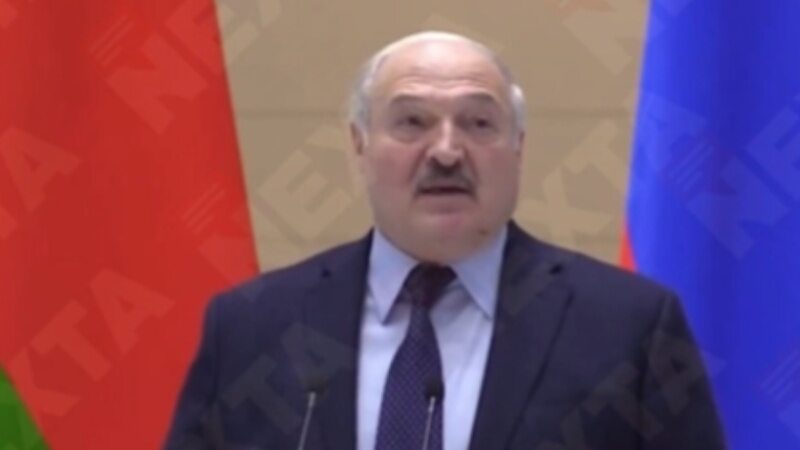 The Presidents of Russia and Belarus, Vladimir Putin and Alexander Lukashenko met Tuesday morning at the construction site of the Vostochny Cosmodrome in Amur Oblast in southeastern Russia, where they attended the award ceremony. The date and place of the meeting was not by chance – April 12 is the Day of Cosmonautics of Russia. The leaders’ conversation mainly focused on Ukraine. After its conclusion, Lukashenka and Putin spoke at a joint press conference.

During its term, the Belarusian dictator referred, inter alia, to the massacre committed by the Russian army in Buxa. The mayor of the city, Anatoly Fedorok, announced, Tuesday, that the bodies of 403 people killed by the Russians have been found so far, and the number is still increasing. Meanwhile, Lukashenka repeated the false allegations of the Russians and, contrary to the facts, declared that the British had carried out a “special psychological operation” in Bokza. He also stated that the Russian Federal Security Service could provide information on “addresses, passwords, license plates and brands of vehicles they brought to Bokza”. – If not, then we can help with this – added the Belarusian dictator. However, he did not provide any evidence to support his claims.

In turn, Vladimir Putin declared at a press conference that the photos and videos from Bokza showing corpses scattered in the streets are “fake”. For several days the Kremlin and its allies have been saying the Bokza massacre is “theatrical” and “fake”, but as The Independent notes, they have not directly blamed the UK or other Western countries.

The Russian president also said at the conference that “a clash between Ukraine and Russia is inevitable”, and that “time was the only question.” During his speech, he repeated propaganda statements that the goal of the “special military operation”, as he describes the activities of the Russian army on the territory of Ukraine, is “to protect Russia”. He also spoke of a “clash with anti-Russian forces in Ukraine”.

Don't Miss it He sold Chelsea for a record amount. Abramovich won’t get any money
Up Next Uma Thurman will play the US President in the latest “Red, White, and Royal Blue” movie.