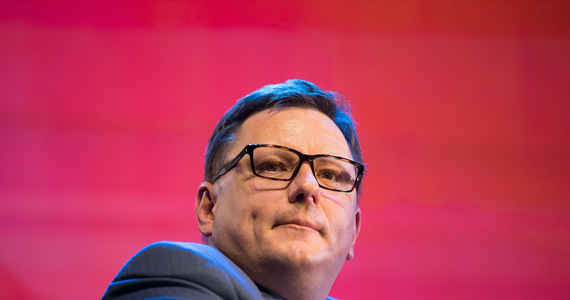 In an interview with journalists in Dubai, on the occasion of EXPO 2020, the head of LOT admitted that the company has incurred significant losses when it comes to grounding Boeing 737 MAX aircraft.

– We’re having conversations, we’ve had conversations with Boeing. So far, these talks have not brought the expected results, so we will use the available solutions to get compensation – said Melczarski.

In his opinion, there is no doubt that the parties will seek an agreement. “I think we will find a solution,” he said, reserving not to reveal the details of these talks. He declared, “We will not give up anything that Boeing owes us. It is completely normal and we will make such allegations against Boeing.”

According to Melczarsky, the history of Boeing was much better than it is now. – It is also very difficult decisions for them – he added.

The cause of these tragic events was the MCAS (Maneuvering Characteristics Enhancement System) program, which was aimed at facilitating the operation of the aircraft. However, the MCAS, guided by a single angle of attack sensor (the AoA sensor), turned on constantly as if the sensor was malfunctioning, repeatedly pushing the aircraft’s nose down and eventually making it impossible to control.

In March of this year, Boeing 737 Max flew in PLL LOT colors, after a two-year hiatus, on the first passenger flight from Warsaw to Oslo, to launch a return to flights with this type of aircraft.

LOT Polish Airlines has five aircraft of this type; Each of them can accommodate up to 186 passengers on board. Then the carrier confirmed that before the flight with passengers, each of the machines had undergone the modifications required by the aviation regulator EASA (European Union Aviation Safety Agency – PAP).

See also  The value of the pound is gaining tremendously! GBP/USD at new monthly highs

– The reconstruction of passenger traffic in the coming months will depend on the development of the epidemic; The hope is the United States, which will allow Europeans in from November – says PLL LOT president, Rafai Milczarski. He adds that 2021 is a year for the company to reduce losses due to the pandemic.

The head of the national carrier admits that since the onset of Covid, all forecasts for air traffic – even the most pessimistic – have not been fulfilled because reality has become more difficult and presents an even greater challenge.

He noted that LOT, in the face of the challenges of the pandemic, was looking for new business solutions. One of them was “a lot for the holidays”.

– This summer we launched LOT + HOLIDAYS + again. The first time was in 2020. Then the program was a success – Melkczarski told journalists in Dubai on the occasion of Expo 2020.

He admitted, however, that from an economic point of view, “losses were at all times minimized, and not profits maximized.” “I am afraid that in 2021 the time is right to reduce losses, and, unfortunately, you have to accept that,” – he said.

The head of the national carrier believes that rebuilding passenger traffic in the coming months will depend on how the epidemic and health conditions develop. He pointed out that “the swallowing hope is that the United States will allow Europeans to enter their countries starting in November.”

In the second half of September, the White House reported this from the beginning of November this year. All travelers who have been fully vaccinated against COVID-19 will be able to come to the United States, but they will also have to submit a negative coronavirus test result and wear masks. In connection with the Covid-19 pandemic, the administration of former President Donald Trump has imposed severe restrictions, tightened by President Joe Biden, on entry to the United States for travelers from the United Kingdom, European Union countries, China, India and other countries.

He admitted that the US restrictions were “hard hit” in economic terms. The transatlantic movement is a movement that plays a very important role in the business model of every European carrier. And unfortunately every European airline, I think, has been just as much, if not more than us – affected by this traffic ban to the US – has ruled.

He emphasized that this did not mean that LOT flights to the US were absent at all – they were taking place and happening, but to a limited extent, because some passengers without US citizenship or special permits could not fly.

– After the decision was announced by the United States, we notice an increased interest in looking for relations with this country, which makes us very happy and I hope that this swallow brings what everyone wants, which is a return to normal – said the President.

According to Melczarsky, LOT will realistically be able to notice the improvement in air traffic only when the summer season begins, that is, in April 2022. – It is difficult for us to predict anything at the moment. We can actually expect about a month or four days before that. He explained that with such primitive data, it is very difficult to design anything.

In the opinion of the head of LOT, Asia remains a major challenge. – We have tried to carry out the development of LOT in a sustainable way, that is, not to put everything on + transatlantic + but also in the Asian part. We do the remaining cruises to Korea, similar to Japan. Singapore is closed when it comes to cruises to China, we also have similar problems. The pandemic situation does not yet allow us to return to normal. I think it will take a long time to get back to Asia, the head of the national carrier estimates.

Melczarsky admitted that the company is operating in a difficult and epidemic situation and “has to make very difficult decisions every day.”

– Throughout the pandemic, we have been caring + burning + as little money as possible, in order to skillfully control our supplies. When we saw that it was clearly missing or insufficient, we tried to rebook passengers for other flights and cancel them in a flexible manner. And it really allowed us to cover at least the variable costs of this activity – he explained.

As he said, the company’s other challenge is to increase fuel costs “essentially to pre-vid levels.” In addition, there are loads associated with carbon dioxide, “which are at pre-Covid levels or even higher.” He pointed out that we have a kind of cost shears that can be opened.

When asked about this year’s final financial results, LOT’s CEO admitted that a lot depends on what the last quarter of 2021 will look like and what passenger traffic will look like before Christmas.

– I hope that thanks to the opening of the United States, this step before Christmas will be significant and will at least allow December to be better than October and November – values.

He also admitted that it is currently difficult to predict how many passengers LOT will carry this year. “Hopefully it’s at least the same number as last year,” Melczarski said. In 2020, PLL LOT carried 3.1 million prepaid passengers.

The shareholders of the PLL LOT are the state treasury, which owns 69.30 percent. And the Polish airline Groupe by 30.7 percent. Involved.

a. Lydia Morawska: Air pollution is one of the biggest threats facing humanity
Business Newseria

Don't Miss it What questions are asked to millionaires in Poland, Germany, the United States and other countries?
Up Next it’s the end! Popovic will no longer be the coach of the United States! Drink potential successors