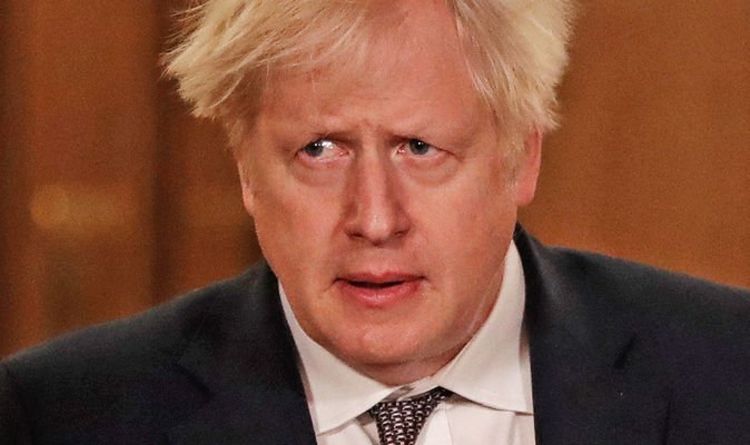 The new “mutant” virus strain, which originated in Kent, is blamed for the sudden rise in hospitalizations in the capital.

Boris Johnson may announce the new travel advice on Saturday at a press conference according to The Sun.

Speaking to the newspaper, the source said: “This is a live and flexible situation, but it does not look good and we have to act quickly.”

Another indicated that the new strain could be 50 percent more contagious than the standard coronavirus.

Some areas in the southeast may experience a major change in coronavirus advice that could affect ceremonial travel for those who live in the capital.

Speaking to The Sun, a government source admitted that the mutation is more easily transmitted than the original strain of the pathogen.

The source said: “What we don’t know yet is whether the new strain is more or less likely to cause you harm, but what we have learned is that it will spread to person to person more easily and that’s what we’re really worried about.”

Professor Nick Lowman, of the Institute of Microbiology and Infection at the University of Birmingham, said the new strain likely evolved in the United Kingdom although this is not certain.

He said, “There are actually 17 changes that affect the protein’s structure in some way that distinguish this variable from a common ancestor type for the other variables that are being traded, which is a lot.”

“It’s amazing. There’s a really long branch of it back to common ancestry, and it’s a matter of great importance to see why that is.”

The news comes after Johnson refused to rule out another complete lockdown across England after the holiday period.

The Prime Minister called on the British to adhere to the restrictions of the Corona virus during Christmas.

He told BBC News: “What we’re saying now during this Christmas period is think about those rules about the three families that you can bubble with, the five days, and that’s a ceiling, not a goal.”

However, he admitted, “we don’t rule out anything” when asked about the chances of a national lockdown after Christmas.

The President of the Royal College of Emergency Medicine, Dr Catherine Henderson, has warned of a “real real storm” for hospitals as they try to deal with increasing numbers of Covid-19 cases with non-Covid patients and reduced capacity.

“It seems to me that we need to do everything necessary to control the situation firmly so that we can vaccinate people and then move forward,” she said.

Don't Miss it Stadia Changelog Record: Rain 2 Expansion Danger, New Games
Up Next Tensions over Fed lending flared up in US stimulus talks