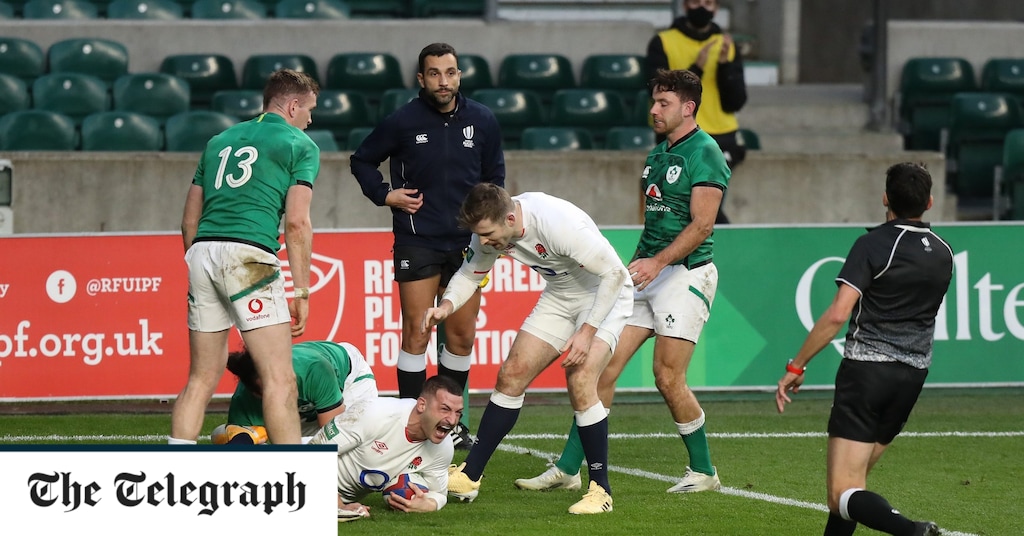 aAfternoon everyone. It looks like the biggest game we’ll have in the entire Fall Nations Cup and we’re only in the second week.

England has exerted as much power as possible, giving their best for the time being, but the main part of the plot is Olly Lawrence, the Worcester hub facing after its recent rounds against Italy and Georgia an important move today against Irish midfielders Aki and Chris Farrell.

Young full-back Eddie Jones has been impressed over the past few weeks and has brought plenty of power and speed in that central outer channel.

The good news is that unlike last week, when the skies opened over Twickenham and left England dependent on hitting it against Georgia rather than tossing the ball away, today we should be able to see some of the show without addressing the many mistakes.

Ireland convincingly took care of Wales last Friday without producing anything overly exceptional, although Caelan Doris combined with James Lowe in the game’s final attempt, the first Louis to wear an Irish T-shirt on his first Test appearance after qualifying on residency, was Well.

These two players pictured this year under new coach Andy Farrell and with another fresh face, Jamison Gibson-Park in scrum-half, highlights the way Ireland is subtly changing their playing style, moving away from territorial territory, and pregnancy. Heavy approach We have seen Ireland do well under former coach Joe Schmidt, and are now turning into more dynamic playmakers.