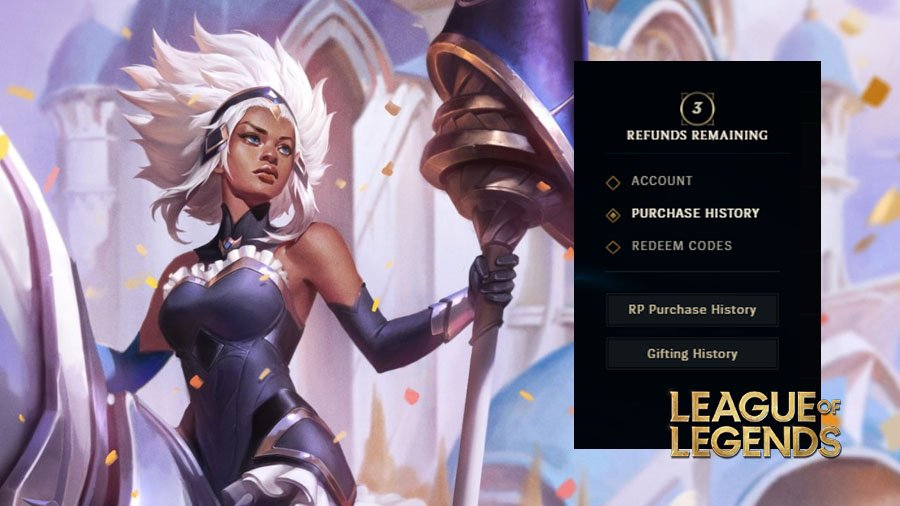 The token that enables redemption of LoL purchased content has appeared on player accounts.

Refund codes come in handy when the hero or the skin you bought isn’t to your liking. At this point, all you need to do is enter the purchase history and use one of the tokens previously granted. Worse when you no longer have it. What can be done at this stage? It turns out Riot automatically granted it to some guys.

Who received the redemption codes?

RP or Blue Essence will not be spent non-refundable if the player has a redemption code available. Riot stated that anyone with less than 3 of them got a new one in Patch 10.25.

As mentioned in the Content Redemption FAQ, players with fewer than three redemption codes in 2020 will get the 2021 code in Update 10.25! As a reminder, you’ll receive one redemption code per year, even if you lose more than one. You can always check how many tokens you have in the store (Store -> Account -> Purchase History).

If a player already has 3 tokens and decides to only use them after the 10.25 update, they can request the support department to assign another token for them.

We see – Shaco’s final bug with LoLa hasn’t been fixed in several years, despite constant requests from players

What is the return policy in League of Legends?

What can not be returned?

Don't Miss it USA: A federal judge rejected another attempt to alter the election outcome
Up Next Denmark, Israel, Ireland. More states are buying Ekstraklasa rights