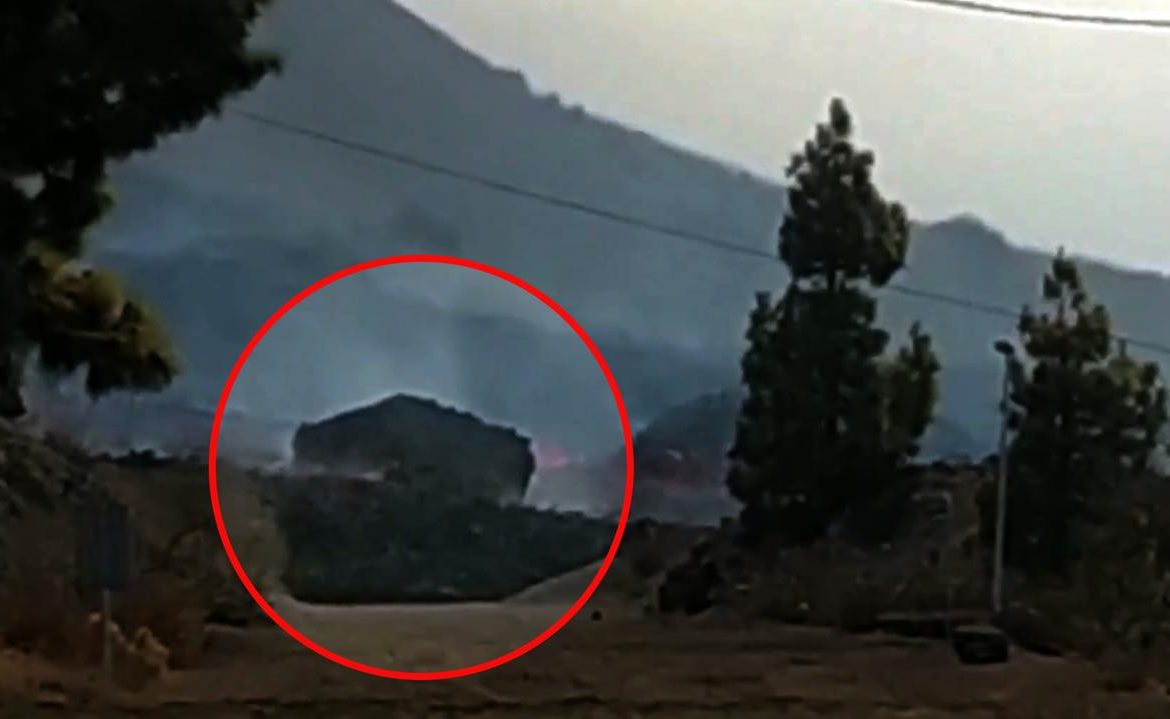 The Spanish Institute of Geology and Mining reports that boulders “the size of three-story buildings” are floating on a river of lava flowing down the slopes of Cumbre Vieja after the collapse of the North Crater, documenting it with a video. The island of La Palma is constantly experiencing increased seismic activity.

Three weeks have passed since the eruption of the Cumbre Vieja volcano on the Canary island of La Palma, after 50 years of silence. During this time, lava whose temperature exceeded 1000 ° C destroyed 1,186 buildings, covering an area of ​​​​493 hectares. Six thousand people were evacuated.

The Spanish Institute of Geology and Mining has reported “irregular” blocks of rock the size of three-storey buildings floating in a rapidly flowing river of boiling lava “over the slope of Cumbre Vieja. This occurred after the collapse of the northern part of the crater.”

This information is accompanied by a video posted on the Institute’s website.

And Defense Minister Margarita Robles announced during her visit to the island on Sunday that the Spanish navy will help from Monday to remove the volcanic ash that covers a large part of the island.

Lava flooded the last buildings in the village of Todok

As the Canary Islands Institute of Volcanology (ING) reported on Sunday, lava flows with temperatures as high as 1,240 degrees Celsius destroyed the last few buildings still resistant to the element in the village of Todoc.

In an announcement on Saturday, the Institute of Volcanology of the Canary Islands (Involcan) reported that new lava flows emerged due to the rupture of the northern part of the crater.

“The collapse of the northern part of the volcano led to the release of large masses of rock material and new flows along the evacuated areas,” the Spanish Ministry of Internal Security wrote on Twitter. He also added, “The lava has reached the Camino de la Garta industrial area and new buildings.”

The activity of the volcano has increased in recent days and a large number of seismic tremors have occurred. And there were 21 tremors as of Sunday afternoon, Poland time. The Spanish National Geological Institute (ING) reported that the strongest was 3.8 on the Richter scale.

The shocks occurred in Mazo, Fuencaliente and El Paso. As previously reported, there were 100 tremors between Friday and Saturday.

Don't Miss it United States of America. Trump’s company hid millions of dollars in fees from foreign governments
Up Next Great Britain. Car, super bright meteor in the night sky