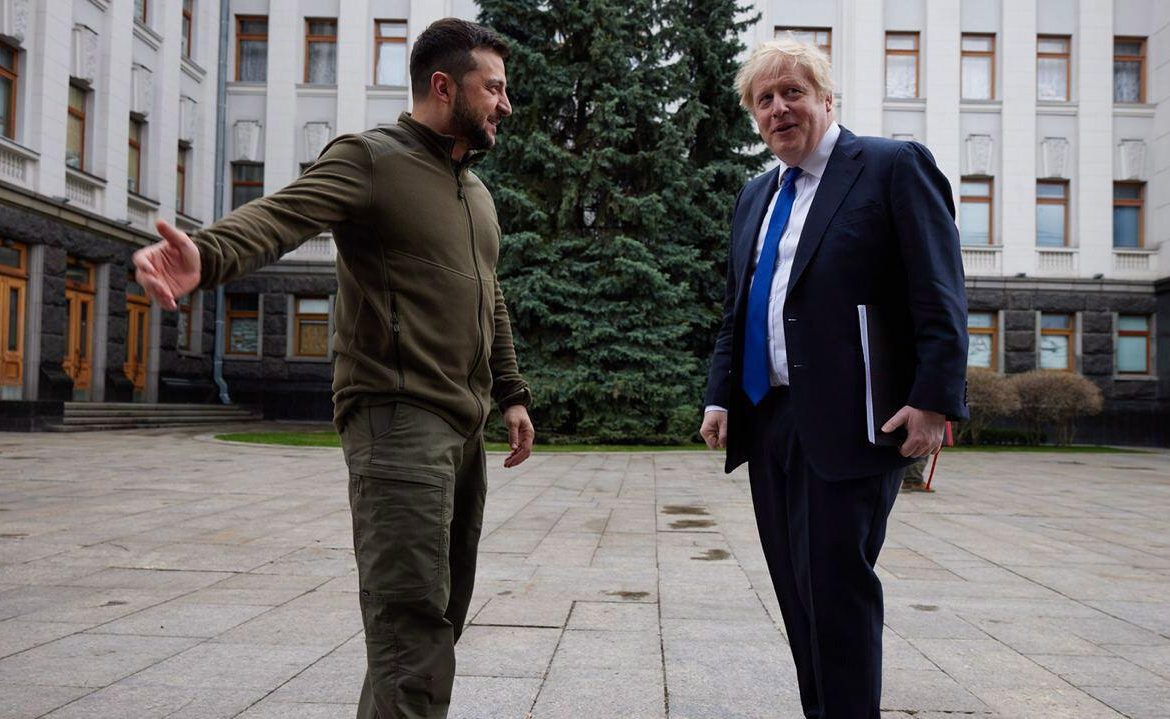 Boris Johnson, Prime Minister of Great Britain, and President of Ukraine Volodymyr Zelensky, made a joint tour of central Kyiv on Saturday. “This is what democracy looks like. This is what courage looks like. This is what true friendship between peoples and states looks like” – wrote on the social media of the Ministry of Defense of Ukraine, posting a video that lasted several tens of seconds. Earlier, the head of the British government announced, among other things, that his country would provide Ukraine with 120 armored vehicles and anti-ship missiles.

The British Prime Minister arrived in Kyiv on Saturday, where he met the President of Ukraine, Volodymyr Zelensky. Boris Johnson announced that he would increase economic pressure on Russia and provide military equipment, technology and intelligence to Ukraine. The UK will supply Ukraine with 120 armored vehicles and anti-ship missiles. Johnson also announced an increase in British loan guarantees to Ukraine by another $500 million.

Johnson and Zelensky walk the streets of Kyiv

The two leaders also toured the streets of the Ukrainian capital.

Zelensky: Johnson was among those who did not hesitate for a minute to support Ukraine

In an appeal to the Ukrainian people, Zelensky said Johnson was among those who “did not hesitate for a minute to support Ukraine”.

The President emphasized that the leadership of Great Britain in terms of assistance to Ukraine, especially in the field of defense, and leadership in the policy of sanctions “will remain forever in the history of the defense of democracy and Europe.”