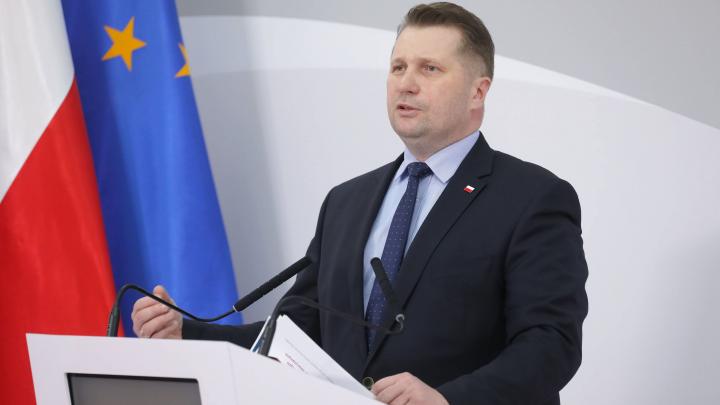 I am very embarrassed by the position of the Conference of Deans of Academic Schools in Poland regarding academic freedom – KRASP opposes the constitution of the Republic of Poland and consider it a scandal – this is how the head of MEiN, Przemysław Czarnek, commented on the negative position of the Polish Academy of Science and Technology.

In early May, the Ministry of Education and Science sent a draft amendment to the Higher Education and Science Law, referred to as the “Freedom Package” or “Academic Freedom Package,” for an opinion. It states, inter alia, that the expression of religious, philosophical or philosophical beliefs by academic teachers will not constitute a disciplinary offense. Project assumptions were announced several months ago.

This week, KRASP and the Academy of Young Scientists of the Polish Academy of Sciences expressed a negative position on the package. “During the months of discussion, the academic community has repeatedly drawn attention to the fact that freedom of expression of university employees must be combined with responsibility for the world and compliance with scientific standards in research and teaching” – wrote in the KRASP statement.

KRASP emphasizes that freedom of expression must be associated with respect for human dignity, “Academic freedom cannot be the expression of opinions within the university space that ignore the knowledge and methodology of scientific research.

MEiN President Przemysław Czarnek told PAP: “I am very embarrassed by the position of the Polish Academic Schools Deans Conference on Academic Freedom – KRASP against the Constitution of the Republic of Poland and I consider it a scandal.” He added that the condition for developing knowledge is complete academic freedom, complete freedom of teaching, and freedom of academic debate.

See also  Scientists of Białystok University of Technology received the award of the Minister of Education and Science!

“The academic freedom package meets the expectations of the academic community in this regard,” the minister emphasized.

“The package introduces legal changes that guarantee teachers freedom of teaching and freedom of speech and research. It is an implementation in the academic practice of the constitutional right to express philosophical and philosophical beliefs. People, for truth, for the sake of tradition” – emphasized Czarnik.

Work began on amendments to the Higher Education and Science Law – as stated in the justification of the draft amendment – in relation to violations of freedom of expression in universities, which led to an extremely undesirable phenomenon of censorship of thoughts and words.

The project provides, inter alia, with the obligation to inform an academic teacher of the matter to initiate clarifying procedures relating to his person. Teachers can file a complaint with the disciplinary committee at the ministerial office if the actions are related to the expression of religious, philosophical, or philosophical beliefs (PAP).

Don't Miss it Giro Ditalia: Italian Giacomo Nizzolo won the stage 13
Up Next A wonderful discovery by archaeologists in Portugal. The rock reliefs are 30,000 years old