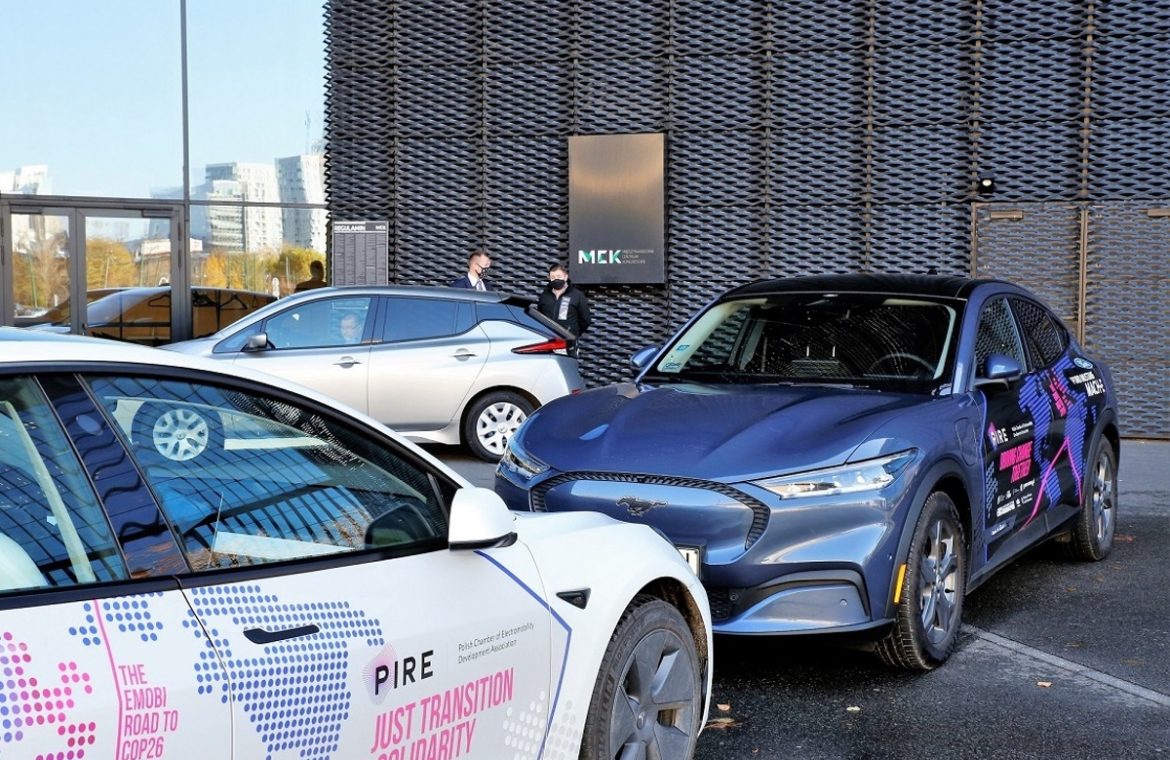 The Katowice authorities, which three years ago hosted the United Nations climate summit, supported the idea of ​​holding the World Electric Mobility Day on Wednesday. A petition on the matter will soon be submitted to UN representatives at this year’s COP26 summit in Glasgow.

On behalf of Katowice, the city’s deputy mayor, Marius Skipa, signed, on Wednesday, the declaration of the establishment of the World Electric Mobility Day. Anyone interested in protecting the climate and decarbonizing transportation can support this idea by signing the declaration on the website https://pire.pl/emobiroadtocop/.

The petition is part of the Polish Chamber’s campaign to develop electric mobility under the slogan eMobi to COP road, the second phase of which opened on Wednesday in the capital of Upper Silesia. The core of the project is an electric car trip to Glasgow, Scotland, where – during the COP26 climate summit that runs until 12 November – to deliver a petition on the establishment of World Electric Mobility Day by the United Nations.

The initiative aims to emphasize the role of electric mobility in decarbonizing transport as an effective technology to achieve climate goals. Two electric vehicle teams will travel a total distance of several thousand kilometers between COP host cities: Warsaw, Katowice, Glasgow and Rome, which is a partner in this year’s climate conference. The tour also includes other European capitals: Prague, Vienna, Bratislava, Budapest, Ljubljana, Berlin, Brussels and London.

By implementing the project, we also want to draw attention to Poland’s contribution to the climate transition, which was developed during the COP24 climate conference in Katowice – explains Krzysztof Borda, President of the Polish Chamber for the Development of Electric Mobility. The cars participating in the project are promoting slogans that mark the achievements of the Katowice Climate Summit in December 2018.

In the opinion of the President of Katowice, Marcin Krupa, the Chamber’s initiative is part of the activities aimed at promoting electric mobility on a global scale. Krupa noted that during the Katowice Summit, a partnership announcement was announced for Electric Mobility, Leading Change Together, with the aim of promoting clean electric transport. It was a joint initiative of Poland and Great Britain.

– By preserving the agreement concluded at that time, we are trying to support initiatives aimed at promoting zero-emission transport – explained the Katowice Chairman. The impact of COP24 in Katowice was also the declaration of a just transition and solidarity, which also pointed to electric mobility as a driving force for economic changes in areas undergoing an energy transition.

Don't Miss it Great Britain. Soldiers began delivering fuel to the stations. “Some haven’t had it for more than a week.”
Up Next vote. Low record of support for Joe Biden in the United States