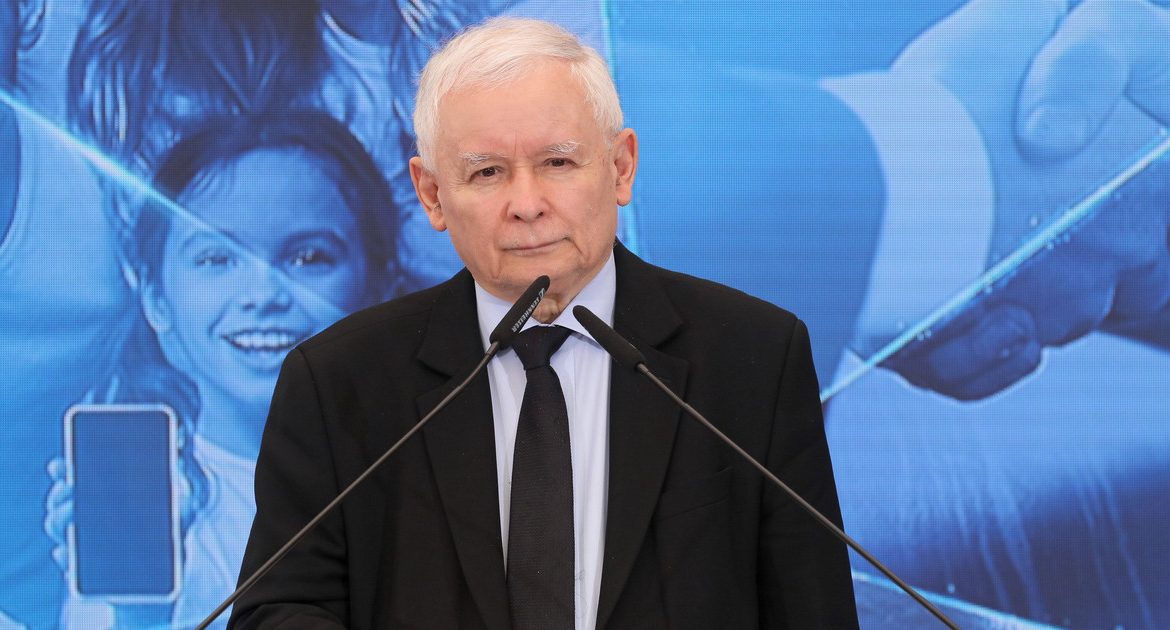 Prize winners are the Union of Poles of Belarus and Deputy Minister of Infrastructure, State Commissioner for Water Management and Investments in Marine and Water Management, Marek Grobarczyk. The letter was read by the Chairman of the Executive Committee of the Party of Law and Justice, Krzysztof Sobolevsky.

In the speech, the leader of the Law and Justice Party emphasized the common history of the countries of the region. “But it is not the past alone that unites us. We share a vision of a common future in which this unhappy location becomes our asset, a springboard for close cooperation and economic integration. Wealth, prosperity, or, in short, a space where we can live with dignity and a sense of security. For several years we have been implementing this desire Systematically by implementing the Three Seas Initiative “- Kaczynsky wrote.

Unfortunately, he added, “this is not given to everyone in our part of Europe” and thus thoughts are directed towards “those who fight for a life of freedom and dignity”. In this context, he spoke about the situation of the activists of the Union of Poles in Belarus who are facing repression.

“How, unfortunately, we know it well, the members of the Union are oppressed. They are persecuted because they want to live as Poles and good citizens of Belarus, and not as subjects of eastern frothiness” – said the main PiS in the letter.

“The prosperity of Poland, as well as our part of Europe, can only be built through the freedom of the economy, through the revival, including those areas of the economic bloodstream which, for various reasons, did not properly participate in the economic exchange. The main principle should be the construction of Infrastructure and any other investment activity is their compliance with our national interests, with our raison d’être,” Kaczynski wrote.

The President of the Law and Justice Party congratulated this year’s winners of the “President Lech Kaczynski’s Promethean Prize” and wished that “their dreams of an economically strong Poland on the one hand and a free and just Belarus on the other hand will come true.” “I wish that the members of the Union of Poles in Belarus, together with their compatriots, taste the fruits of living in freedom and dignity as soon as possible,” Kaczynski wrote.

Prime Minister: We want to continue the policy of Lech Kaczynski

Prime Minister Mateusz Morawiecki also sent a message to the participants in the ceremony. In it he emphasized that “the concept of foreign policy defined and formulated by President Lech Kaczynski was undoubtedly a pioneer and far-sighted, and was the Promethean.” “Therefore, I would like to thank you for the initiative to award the Promethean Prize in his name, which is a way to commemorate and spread these ideas” – wrote the Head of Government.

“Today, our ideas go back to the foreign policy pursued and implemented by the late president. And we want to continue it constantly. We believe that it is still valid and has a great future in the modern world. This concept is built on the deep conviction that Poland is a sovereign state with great potential, it determines and implements its interests Moraveki emphasized.

Don't Miss it Katarzina Kawa checked the form before Wimbledon. Two matches in Nottingham
Up Next The R number in the UK can rise to 7 if the delta variable is neglected