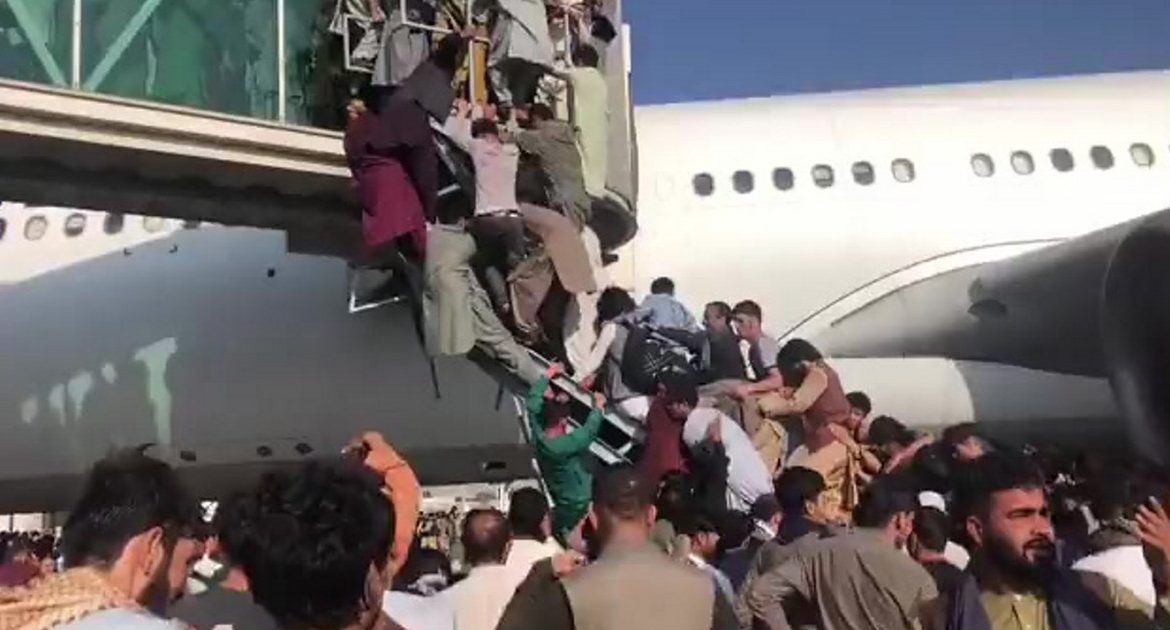 The United States, Great Britain, Germany, Canada and many other coalition countries are trying to evacuate their citizens from Afghanistan. It was reported Monday morning that US forces fired shots into the air to disperse the growing crowd.

Shocking videos from the airport circulating on the internet show thousands of people – including parents with young children – rushing towards planes at the airport. The films also showed people storming the terminal building and scenes in which dozens of people were dragged onto the back of a C-17A military aircraft on the runway.

Foreign embassies have warned their citizens, as well as Afghan nationals, that traveling to the airport is unsafe and that it is only possible to go there after receiving instructions. Embassy staff are flown by helicopter to the military side of the airport, which was secured by American soldiers.

“I see people crying, they are not sure whether their escape will succeed or not. Nor am I – he quotes a fugitive from the Guardian.”

A NATO official said all commercial flights were suspended and only military aircraft were allowed to fly.

In May, the Taliban launched an offensive, quickly taking control of more areas of Afghanistan. In recent days, they managed to take control of all the provincial capitals. On Sunday, they entered Kabul and the presidential palace. President Ashraf Ghani, in turn, fled the country, first to Tajikistan and then to Oman. European Union and NATO countries are currently evacuating their citizens from Afghanistan.

The Polish military mission in Afghanistan officially ended on June 30. Prime Minister Mateusz Morawiecki pledged to help Afghans who cooperated with the Poles in Afghanistan.

“On the Day of the Polish Army, we do not forget the allies, especially those who need it most. I have taken the decision to issue humanitarian visas to 45 people who cooperated with Poland, the EU delegation in Kabul and their family members. Allied commitments ”- the Prime Minister wrote on Twitter.

The Taliban seized power in Afghanistan

See also  Queen Elbeta has Polish roots. Who is he close to?
Don't Miss it Shanghai list: 10 Polish universities among the top 1000
Up Next Telecommuting – Should employers strictly adhere to working hours?