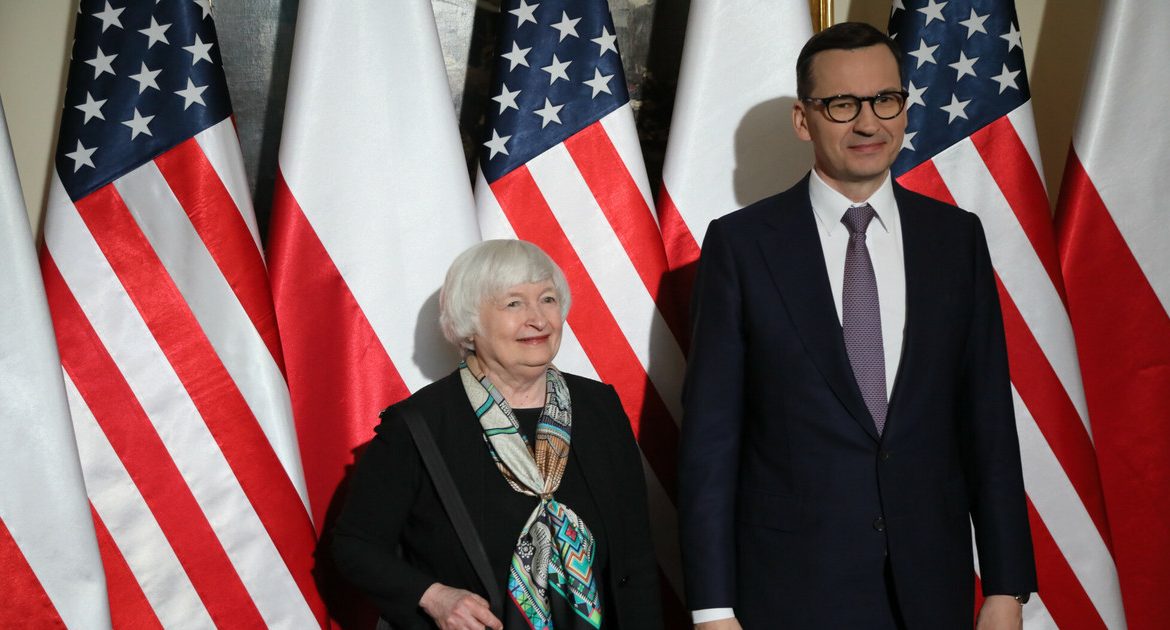 One of the topics to be discussed will also be the US initiative for global tax policy, the agencies say. It is, among other things, o the minimum CIT rate at the level of OECD countries. Other topics at Yellen’s meetings in Poland include climate change, as well as the risk of a food crisis.

See also: US Treasury Secretary: No abortion will hit the economy

The “Iron Lady” for American financiers

Janet Yellen comes from New York, Brooklyn. The father was a doctor, ran his own office at home, and the mother, a teacher by profession, dealt with raising children, managing the family budget and sometimes translating books into Braille. Her impressive career spans nearly 50 years of experience in finance. American women gained worldwide fame when economists from all over the world waited for her words, When I held the position of Chairman of the US Federal Reserve. President Obama appointed her to the position in 2014, making her the first woman to hold the position.

Yellen’s term as Fed Chair ended when she was replaced by current Chairman Jerome Powell, appointed by former President Donald Trump in 2018. Despite the change, Trump surprisingly called her “a wonderful woman who did a great job.”

Yellen at the Fed

During her tenure as Fed Chair, Yellen raised US interest rates — for the first time since 2008. In the end, she raised them five times. Even before that, it backed its predecessor – Ben Bernanke – in the government bond-buying program that was supposed to support the economy during the crisis.

The move was widely criticized by many economists, as some feared it would lead to higher inflation. However, this did not happen – inflation remained below the 2% target.

Yellen, at the end of her tenure at the Federal Reserve, imposed on Wells Fargo one of the harshest penalties in US history – a billion dollars. Without their knowledge and consent, bank employees opened new personal accounts and credit cards for their customers. In total, nearly two million such nodes were created. As a result, there was a rapid increase in sales of bank products, which led to an increase in stock prices.

Yellen graduated in economics at the age of 21, then went on to study at Yale University. At the age of 25, she defended her Ph.D. Janet Yellen was the only woman among more than 20 people to earn a Ph.D. in economics in 1971. Her first research position was Assistant Professor of Economics at Harvard University. In the late 1970s, she worked as an economist at the Federal Reserve and later lectured at the London School of Economics. Today, Yellen is Professor Emeritus at the University of California, Berkeley, where she has served as a professor since 1980.

Chancellor of the Exchequer

Janet Yellen is also the first woman in US history to hold the position of Secretary of the Treasury. In this position, she is responsible, inter alia, for the development and implementation of national and international financial, economic and tax policies. My first challenge was to get the US economy out of the pandemic crisis. He urged Congress to raise the debt ceiling and help implement important elements of Biden’s economic plans, such as extending the children’s tax credit. Nor is it indifferent to climate challenges and related energy transitions. That’s why, at the Treasury, I created the “Climate Center” – a unit to deal with financial risks related to climate change.

See also  Israel. Hackers have hacked a LGBT community website. They threaten to reveal your data
Don't Miss it It is already certain that Ksawery Masiuk will train and continue his education in the United States!
Up Next Sandia National Laboratories and the Lunar Power Grid Project