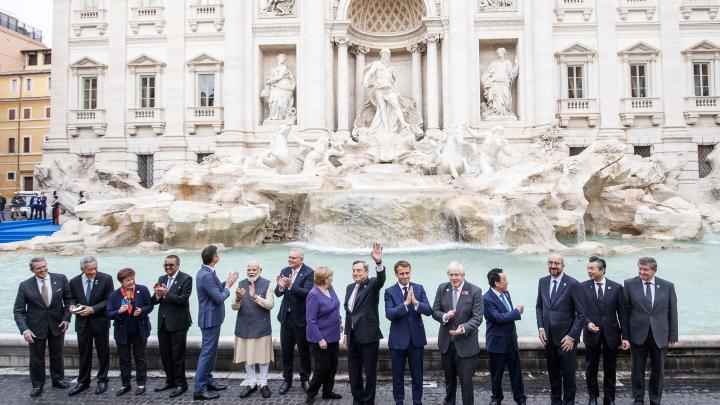 On Sunday, media reported, following diplomatic sources, that an agreement on climate had been reached at the G20 summit in Rome. The final draft document states that the participants of the meeting set a target for maximum global warming at the level of 1.5 degrees Celsius.

According to media sources, it is a declaration written in “stronger language” than the Paris Agreement.

The G20 countries reaffirmed their commitments issued by the Paris Climate Conference to limit the rise in global temperature to below two degrees Celsius and make efforts to reduce it to 1.5 degrees, according to the draft communiqué.

It was noted that the 1.5-degree target “requires meaningful and effective action and commitment from all countries”.

In addition, the draft communication states that the zero-emissions target should be achieved “by about the middle of the century,” a term and deadline that is more ambiguous than the previously considered 2050 and is not acceptable for some countries.

“We are committed to significantly reducing collective greenhouse gas emissions, taking into account national conditions and respecting our national commitments,” the statement read.

He asserts: “We recognize that methane emissions contribute significantly to climate change and stress that, given the situation prevailing in countries, reducing it may be one of the fastest, most feasible and economical ways to reduce it.”

The heads of state and government of 19 European Union countries have announced that by the end of this year they will complete financing for new coal-fired power plants.

There is also an announcement that $100 billion will be allocated to the Climate Fund and to support developing countries.

See also  Learn drawing from scratch - how to get started? Tips and rules for beginners

The draft communication stresses the need to take further steps to protect the climate in this decade.

Don't Miss it slag. Important decision by Bewley. There will be a lot to talk about!
Up Next Great Britain. Court sentenced fraudsters who forced Poles to work as slaves