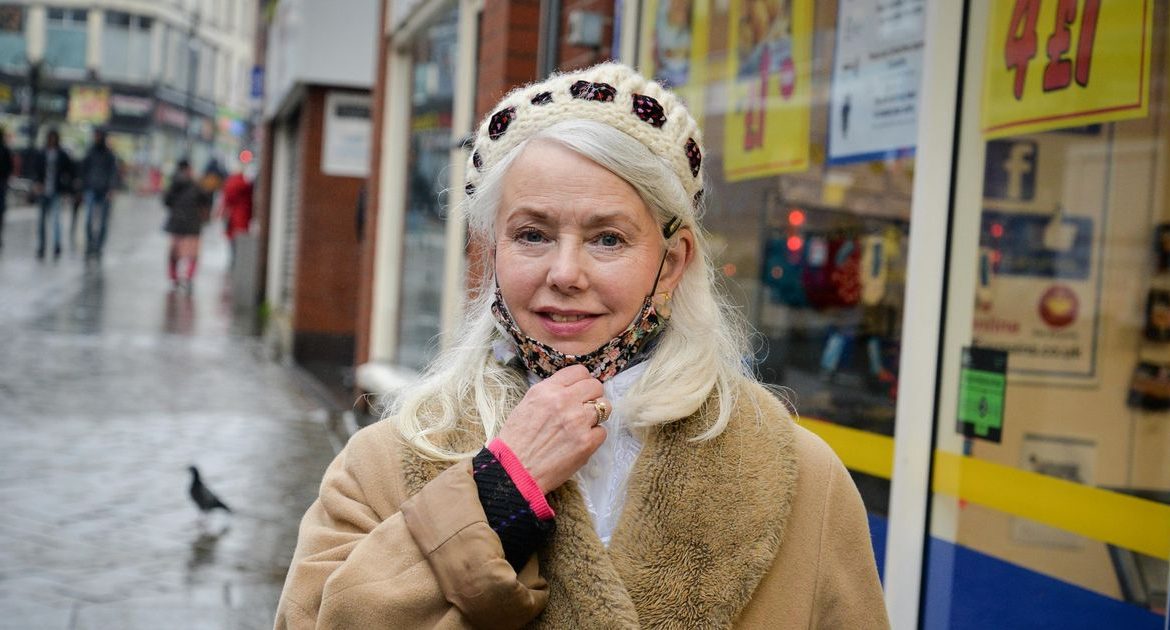 Shoppers reacted with anger, disappointment and shock after the announcement of the closure of a mall in Rochdale.

Center chiefs confirmed that the Wheatsheaf shopping center will close at the end of the lockdown, on December 2.

The owners of MCR Property Group blamed a “ national shift in shopping habits ” and the impact of the coronavirus pandemic.

But the news devastated those who owned businesses and worked in the center, and left shoppers deeply frustrated by the loss of the Pelly Street Center.

We visited downtown Rochdale to ask shoppers how they felt about the Wheatsheaf closing.

Christina visited the center regularly to meet friends at the café, and said it was “appalling” that people are now losing the social connections it provides.

“The little café is a nice place to meet people,” said Christina, who asked us not to use her last name

“Old people and retired people get together there for coffee. There’s a piano over there, and they have a pianist come in. There’s a lot of depression going on, it lifts people up a little bit.”

“Almost all people are in their 60s. I think it’s just so horrible if they take that away from us.

“It’s inside so you can go in the winter. It’s just too obnoxious to take it from us.

“They say they all meet in Russell, it’s under a dome, it feels like you’re sitting outside even though you aren’t, to take that away, I just think ‘Oh no.’

“There are some lovely shops there.

“What would they do with it if it closed? I know it has to stay open.”

She said she felt that the new Riverside shopping and entertainment complex in the city center, which opened earlier this year, was “taking everything from nowhere.”

What else will be closed in Rochdale?

“I’m not saying I use it every day, I just come in once or twice a week, but it’s a place I always go and look at and always buy something.

Well, this area [the Rochdale Riverside development] Very beautiful, but he took everything from anywhere else. “

We asked Kathleen what she’d like to see on Wheatsheaf.

She added, “I would like to see Primark in it, I think it will bring a lot of life and more people.

“Everywhere you go there is a Primark, and a lot of people go.

Kristen Bruton goes to Wheatsheaf about once a week and is surprised to learn that she’s shutting down.

Christine said, “I’m surprised, although I have to admit, some things have been shut down there due to rising rents, and if they don’t get the turnout, people are buying things they can’t afford to keep open.”

“Like The Works, they had a good store there, where you can get books at a discount, and they’ve now opened in the new place, Riverside, they have a store there. I’m an avid reader and I” d miss it.

“I am amazed [the Wheatsheaf] Although close.

We asked Kristen if she thinks the new development has affected old shopping districts, like Wheatsheaf.

“It might have happened. I think if you have places that you visit regularly, in the same area, you won’t be tempted to go out of your way to another place, and that’s the problem,” she added.

“It’s like Marks and Spencer, I have a gluten-free diet and they sell a lot of good food for it, so now I have to go there, you have to go straight to Bailey Street to get to Marx.”

Peter said he remembers when the city center was busy like a “football match”.

He said, “We used to have Wilkinson here and it was a cool shop. And that went. It was two floors, then they cut it, then one, then it went.”

“It’s disappointing when the shops close, it’s more like a ghost town than it was before.

“I can remember when (Yorkshire Street) was like a soccer match. And Drake Street, it was the same, it’s totally over.

“I would like to see it come to life a little bit, there are no bars left, but that applies everywhere, the pub life is now over, and the whole lifestyle is gone.

“You can go to bars and socialize, and now I haven’t been to the bar since last March.”

Ahmar Khan said it was a shame to see Wheatsheaf soon, and he felt his future could lie in diversifying the site beyond retail.

“It’s a shame because we’ve just built a new shopping district, so this shutdown means there are likely to be more businesses that will land there.

“It’s weird because we have Main Street, then you’ve had Wheatsheaf since then and now you have the new one, so it looks like the business has just gone from A to B, B to C, C to D.

“Since we moved the shopping district there, people just moved from that area to the new one, it just means that other areas have become empty over time.

“It’s a shame, I feel really sorry for the companies because they are going to struggle anyway.

“I’ve been going to Wheatsheaf every now and then and it’s a shame to hear he’s shutting down completely.”

We asked Ahmed what he wanted to happen to the center.

“I think they need to attract more companies, but I think the retail business is struggling anyway, so it will be difficult for the owners to attract business.”