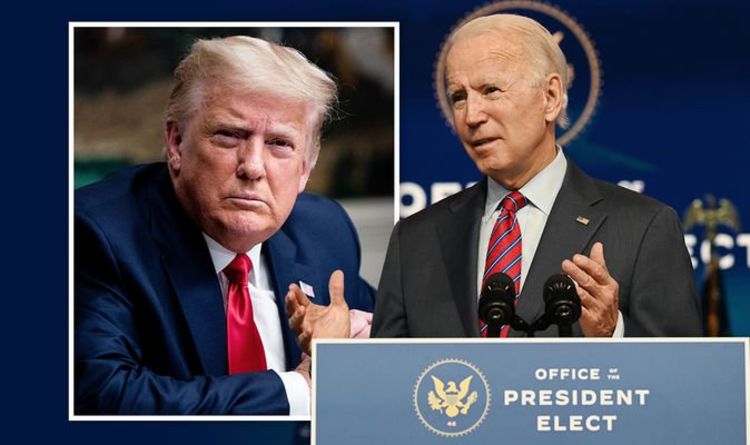 The Thomas More Society Amistad Project, a nonpartisan political campaign not officially affiliated with Trump, submitted its latest motion in Arizona, which Biden won with just 10,477 votes. The group came to prominence when it put Facebook founder Mark Zuckerberg at the center of its recent challenges last month, making allegations that his massive donations to the Center for Technology and Civic Life (CTCL) were related to voter fraud funding. According to an analysis of expert data for the Amistad Project, it is possible that more than 200,000 illegal votes were cast in favor of Biden in the state while 100,000 legal ballots were not counted.

But according to the independent Amistad Project, the data, collected and analyzed over the course of “weeks of careful investigation”, show that the total number of illegal ballots counted and legal uncounted ballots likely exceeds 300,000 votes – 30 times more than the number of votes separating Among the presidential candidates.

In five states in close combat, including Arizona, Michigan and Pennsylvania, where the Amistad project challenges the reported findings, its investigators have allegedly identified more than a million potential fraud cases.

“The number of potentially fraudulent ballots that we have identified in Arizona is 30 times greater than the margin separating Donald Trump and Joe Biden,” said Phil Klein, project manager for Amistad.

“This is what happens when special interests are allowed to create a two-tiered election system that is not accountable to the public.”

Amistad Projects filed its complaint in Maricopa County, Arizona, claiming to have received nearly $ 3 million from CTCL, and that it received $ 350 million earlier this year from Mr. Zuckerberg.

According to the complainant, this violates Arizona law, which does not allow election funding from sources other than taxes or federal grants.

The funds also allowed Maricopa County to engage in other allegedly illegal practices, including pre-mailing ballots and facilitating the “processing” of defective ballots before the election.

These benefits were not available to voters in counties that did not receive private funding.

The Amistad project argues that The violations in the lawsuit denied voters due process and equal protection, and the election results were annulled.

The latest challenge comes on the heels of the Amistad Project, which unveiled a number of whistleblowers last week who signed legal documents they say are willing to testify about voter fraud and vote fraud across state lines.

Don't Miss it Bowwall fans return as he took Millwall and the Knee Derby Millwall
Up Next Man City is fourth, after defeating Fulham