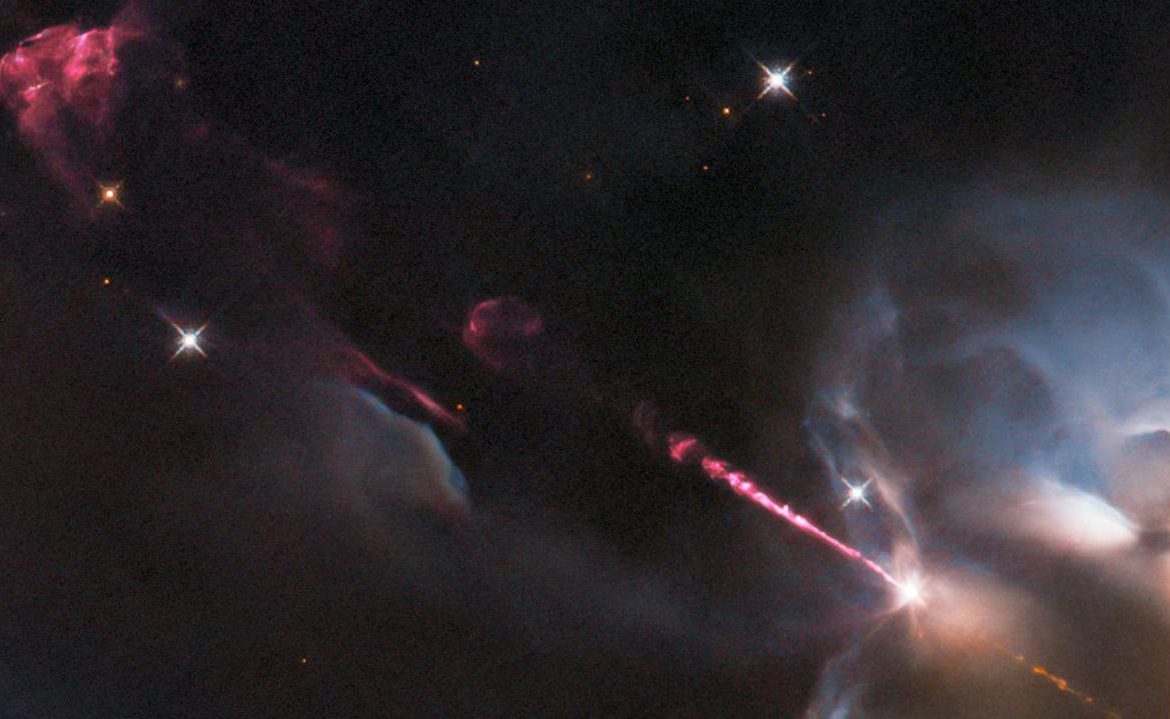 The Hubble Space Telescope captures in another stunning image the explosion of a young star in the Orion Nebula, the nearest cosmic region where new stars are being born.

What do you see in the picture? A jet, or stream of plasma, penetrates the cloud at supersonic speed. It collides with the material surrounding the star early in its formation, causing it to heat up and produce bright light.

The result of this cosmic interaction, dubbed “Wrath” by the European Space Agency (ESA), is an object called Herbiga-Haro, shown in the lower left corner of the image. These are small, luminous, short-lived gas structures that appear near newborn stars.

The image was published by the European Space Agency on March 7.

This is not the first time that the Hubble Space Telescope has photographed this specific object, called HH 34. Previously, its images were from 1994-2007 and seven years ago, when they were taken in high resolution. HH 34 is located about 1,250 light-years from Earth in the Orion Nebula, the closest star-forming region to our planet.

Herbig-Haro organisms evolve over several years on Earth, as these two photos show well. These images are intended to help scientists understand future discoveries made by the recently launched James Webb Space Telescope, which is called the successor to the Hubble Space Telescope, according to the European Space Agency.

Don't Miss it Andy Murray in the Elite group. Veterans defeat in court
Up Next Ukrainian movies and series on Netflix