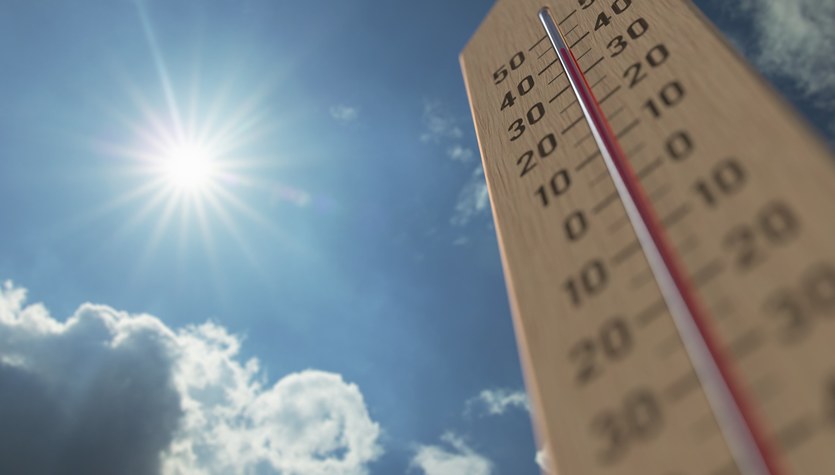 Scientists note that an increase in the frequency of extreme heat is accompanied by high humidity, measured by the so-called wet bulb temperature (the lowest temperature at which the body can be cooled by the evaporation of developed sweat, given the humidity and atmospheric pressure) is very troublesome. During the measurements made in May and June of this year in Pakistan, the maximum temperature of wet bulbs in Pakistan and India was 33.6 ℃, i.e. It was close to the theoretical maximum of human adaptation to moist heat.

From a study published in 2010, we learned that a wet bulb temperature of 35°C, which is equivalent to 35°C at 100% humidity or 46°C at 50% humidity, is the most likely The upper safety threshold, when exceeded, the human body is no longer able to cool off through sweating and evaporation, in order to maintain the correct body temperature. But only recently, these theories have been tested on humans in the lab, and the results are even more alarming.

What is the #hot temperature for the human body? Our lab found that heat + humidity becomes dangerous faster than many people realize https://t.co/4HzZ0oxuUM via ConversationUS
– Eric Haselhurst (@EfwHasel)
7 July 2022

To answer a question about how hot it is on our bodies, researchers at Penn State University invited healthy young volunteers, both women and men, to the experiment. Under strictly controlled laboratory conditions, they underwent a series of experiments that The temperature and humidity in the rooms were increased, and then the body’s response to these conditions was examined during daily activities, such as cooking or eating meals..

Soon it turned out that the so-called critical environmental limit, that is, the combination of temperature and humidity above which the basal body temperature of a person begins to rise, which threatens to cause heat-related diseases, is below the above-mentioned 35 degrees.

This means that These limits may have been crossed during several recent heat wavesWe must also remember that our bodies do not respond better to slightly lower values. On the other hand, reaching these levels doesn’t automatically mean a worst-case scenario, but during long-term exposure – scientists say it’s a lethal 6 hours – we put ourselves at serious risk. Particularly vulnerable groups are particularly at risk, for example people over 65 years of age, who account for 80-90% of deaths from heat waves.

Don't Miss it Spread on the lawn in Newport. Stars with wild cards
Up Next Police officers complain about electric police cars. “Criminals run away from us with empty batteries”