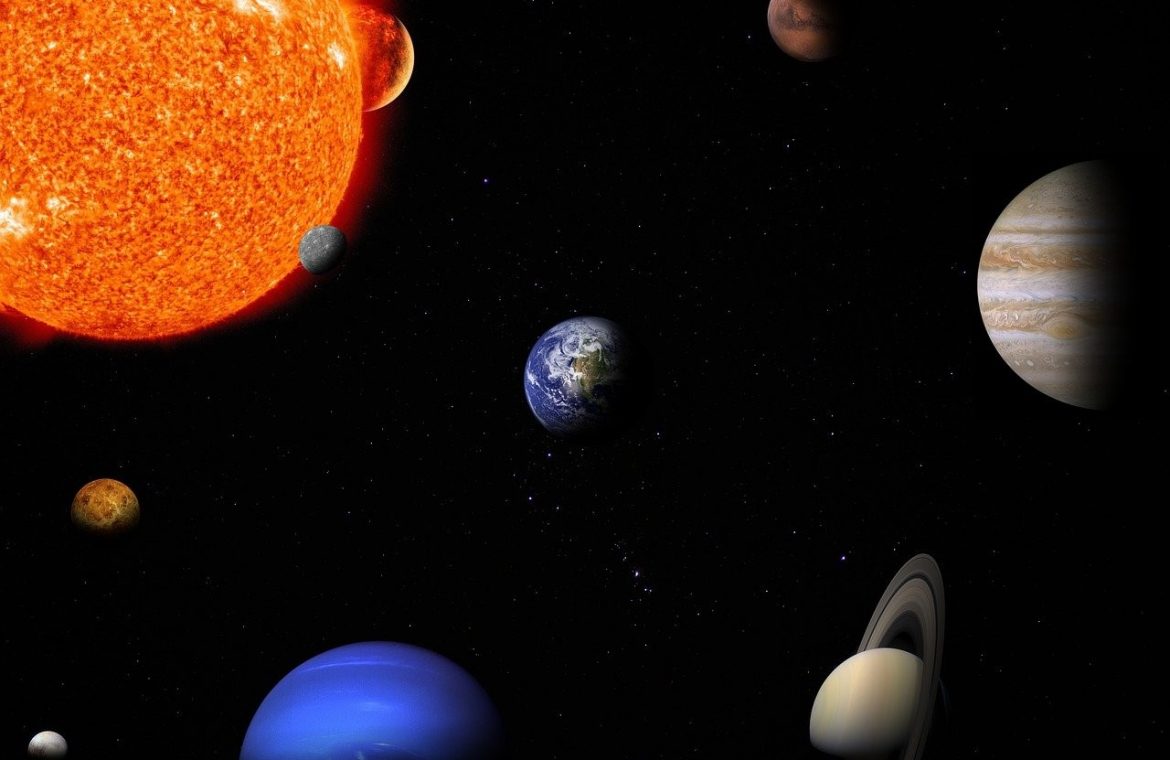 The world we live in revolves around the Sun. All of the planets in our solar system do, making it the center of this part of our local universe. It controls so much about us – when we wake up, when we get tired, and possibly, how people behave as a whole.

The sun’s patterns and extreme power has all types of potential implications on the world we live in. In extreme heat or drought, it can challenge the food on our dinner tables. As technology has developed, humans have found ways to outwit the sun’s power. We use electricity for lighting so we need to rely on the sun’s rays less to fuel the world.

But what would happen if the sun’s regular electromagnetic bursts became so powerful, that they reached the Earth and knocked out the entire power grid and the internet with it? In a world where digital assets such as Bitcoin, Ethereum, and other cryptocurrencies are becoming the way, due to their ease of use and functionality, they could become virtually worthless in a flash if the sun storms grow large enough.

Read this ominous guide on the sun’s potential power over the world, technology, and financial markets, and learn about what the media calls “the one thing that could actually kill Bitcoin.”

Decades ago, traders placed written buy and sell orders and drew charts by hand that they updated daily with the latest session close information. Today, such a thing would be too time consuming for modern life.

The emergence of online index trading first started the trend toward computer-based markets, but even those have remained relatively the same for the last several decades now. Fully digital platforms like the award winning margin trading platform PrimeXBT have blended digital assets like Bitcoin with traditional assets as innovation picks up and markets evolve.

However, digital finance has exploded in popularity after the onset of the pandemic.

When the World Health Organization warned to avoid cash, and governments began printing money galore, Bitcoin and other scarce digital assets took off. Everywhere you turn, there are comments from retail investors expecting Dogecoin to go “to the moon.”

The One Global Disaster That Would Be Worse Than Covid

In a report, Deutsche Bank believes that there is a risk that could be worse than Covid that the world must face within the years ahead. That risk is the sun we wake up to each morning.

“There could be major power outages as electrical power grids are disrupted, which in turn would have knock-on effects throughout the economy as critical infrastructure is unable to be run properly. Lives could be lost if it impacted hospitals and medical care. Communications would be disrupted, many payment systems would be dysfunctional, and GPS [Global Positioning System] satellites would face extensive interference, to the detriment of all the individuals and industries that rely on accurate location services, not least aircraft,” the chilling report reads.

See also  Tokyo 2020. Basketball. The United States, however, is with gold IO again. revenge from france

The last major geomagnetic storm of such magnitude took place in 1859, which could suggest the Earth is overdue for another scenario, but this time with the tech infrastructure the world now relies on at stake.

Knocking out power would effectively cripple all financial markets and money, but no asset class would be more impacted than crypto. Stocks could still be trades like the olden days. Fiat paper currency could still be exchanged. Even gold could still be held as an investment. Bitcoin? Those electronic coins and all the value with it could be lost forever if the sun says otherwise.

However, given the implications of the report above, worrying about crypto holdings at that point might be the last thing anyone is concerned with. The sun has such beauty, yet such destructive force. 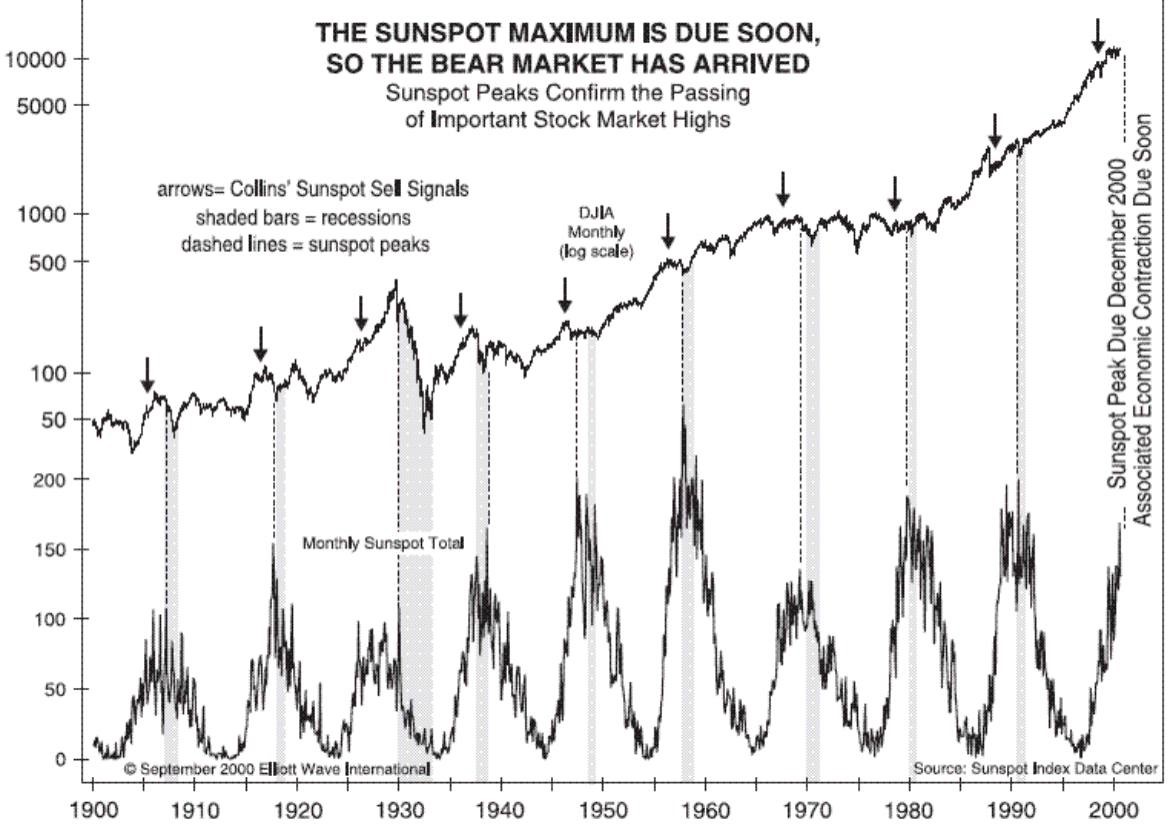 The Sunspot Maximum Could Cause An End To The Financial Bubble

Even if the sun’s solar storm doesn’t get so nasty that power grids are knocked out, it could spell disaster for cryptocurrencies and the stock market. According to Elliott Wave Institute, the stock market tends to top out as solar storms pick up in activity and frequency. The pickup in sunspots is happening again, just as the stock market valuations move far past company productivity due to stimulus money printing in overdrive.

Inflation is also out of control, and the Fed will eventually be forced to taper. When that taper is announced, the current bubble in the stock market, crypto, and everywhere else could finally burst and the economy comes crashing down with it.

Bitcoin and cryptocurrencies don’t always correlate with the stock market, but during extreme moments like Covid there is no escaping such panic. If the stock market topples that bad again, it very well could take crypto down with it, yet again. And depending on the magnitude of the sun’s energy, cryptocurrencies might not come out the other side.

Not Science Fiction: But Don’t Fear The Sun

All of this does sound like something from a sci-fi film, and not to be believed. But did you imagine a day where you would be wearing a mask while grocery shopping? That is if you are allowed out by the government at all due to lockdown conditions. Still don’t believe the sun could erupt geomagnetic waves?

There is no point in fearing what we cannot control. A complete knockout of the power grid is so large a disaster, trading positions won’t matter in the slightest, because the internet won’t even exist. If instead the sun’s power simply causes an end to the recent rally, prepare for the storm ahead with PrimeXBT’s long and short positions, and stop loss tools.

The next time you go outside and look up in the sky, remember that the sun is still shining, but also don’t forget its potential power.

Don't Miss it How to protect a relationship during a pandemic?
Up Next The Shocking Growth of the Blockchain and Cryptocurrency Job Market