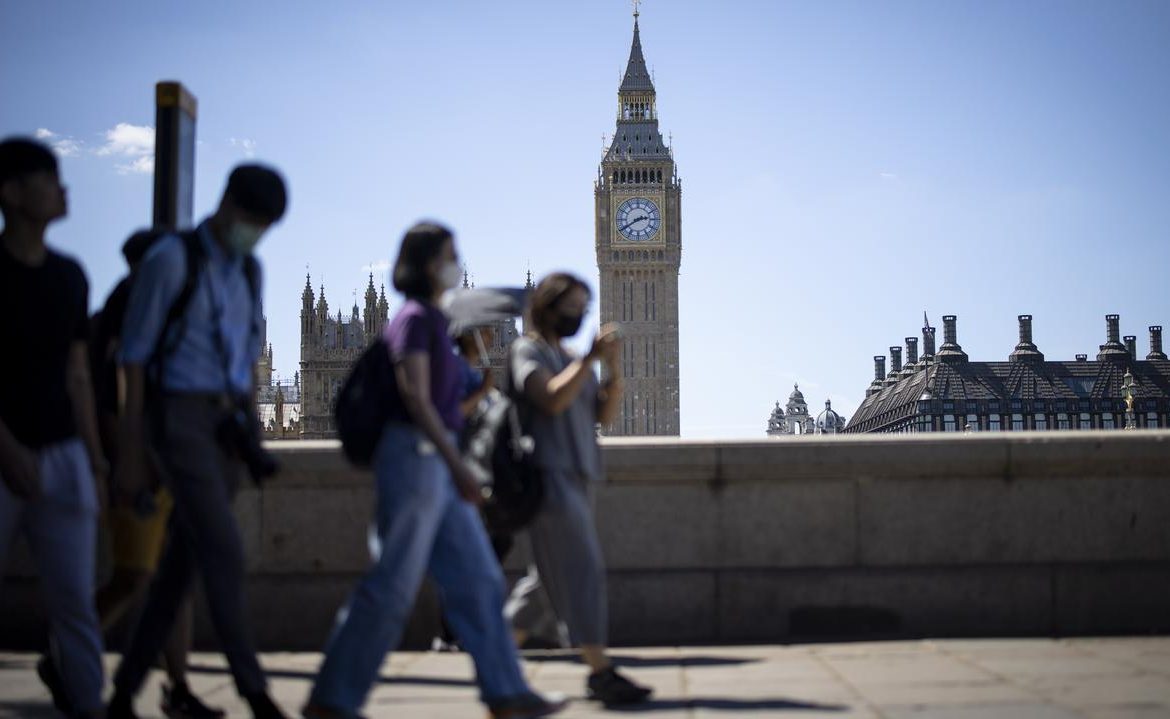 The Met Office meteorological report said that the peak of the heatwave in the UK is likely to occur on Monday or Tuesday. He added that there was a possibility of breaking the historical record for heat. There is so much heat in London that residents are required to limit their water consumption.

The British Met Office predicted that the peak of the heat wave would not be on Sunday or Monday, as previously reported, but on Monday or Tuesday. Then the heat record in Great Britain will also likely be broken. The highest temperature in the history of measurements in this country was recorded at the University of Cambridge Botanical Garden on July 25, 2019, when it was 38.7 degrees Celsius.

The Met Office expanded its Level 2 warnings amid intense heat waves across much of England and most of Wales. They will advance from Sunday morning through the end of Tuesday.

An orange alert indicates potential travel delays, road and rail closures, power outages – and even potential risks to life and property. Because of the heat, the government crisis team will meet on Thursday.

In addition to the historical heat record, there is a 40 per cent chance of another one breaking in England – the highest minimum temperature at night. On August 3, 1990, the temperature did not fall below 23.9 °C at any time during the day.

“While we do not currently expect water restrictions this summer, it is important that households use it responsibly and help us reduce pressure on our resources,” said Andrew Tucker, director of demand reduction at Thames Water.

Don't Miss it Wallabies vs England 3rd game: How to watch, tickets, teams and more
Up Next The images from the James Webb Telescope are delightful. Those in Hubble seem out of focus. We will compare