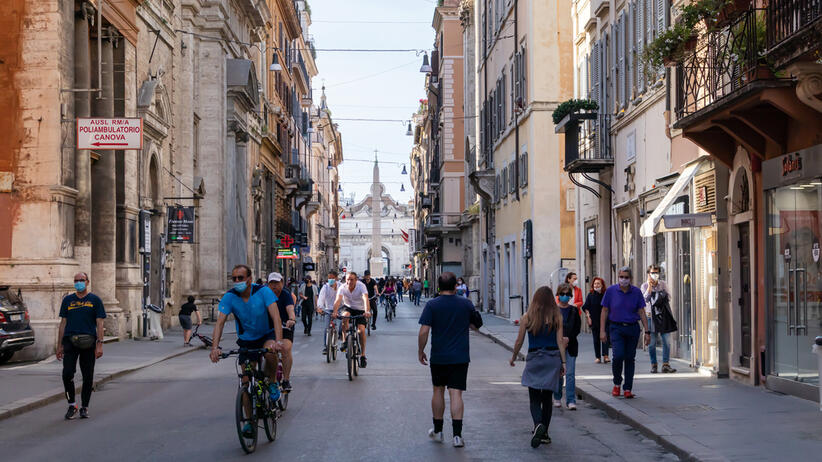 Italy is preparing to receive tourists. “Book your vacation in Italy, we look forward to you,” Prime Minister Mario Draghi said during the press conference, addressing his countrymen and foreigners. The prime minister also touched on the issue of special permits that allow freedom of travel.

In Italy, some epidemiological restrictions were eased on April 26. Now the authorities are preparing for the fast approaching tourist season. The Prime Minister announced that, from mid-May, the country will receive a special permit allowing travel and holidays. What does this mean for tourists?

Italy is opening up to tourists. The prime minister is calling

“The world wants to travel to Italy, and Italy is ready to welcome the world. I have no doubt that tourism in our country will flourish stronger than before,” Prime Minister Mario Draghi said at the press conference at the conclusion of the G20 tourism ministers meeting.

The head of government also raised the issue of introducing special permits, so-called green certificates. You must be a confirmation of vaccination against COVID-19, convalescence, or negative test result.

Thanks to the Italian card, tourists will be able to travel from one country to another without quarantine, provided they can prove that they are cured of COVID-19, vaccinated or tested negative.

The Prime Minister expressed his conviction of the necessity of “clear and simple rules” for the return of tourists to Italy.

“Our mountains, beaches, cities and towns are opening up, and the process will accelerate in the coming weeks and months,” Draghi added.

According to the regulations in effect, until May 12, persons coming to Italy from European Union countries are required to submit a negative result for testing for molecules or antigens within 48 hours before crossing the border. It is also necessary to undergo a five-day quarantine. After its completion, the test must be performed again.

In Italy, some restrictions have been relaxed. From April 26, 11 Italian regions were included in the so-called Yellow Zone. Restaurants and bars there have reopened, but guests can only sit at the tables in the backyards of the building. It is also allowed to move freely between yellow areas.

See also  Indonesia will build a new capital. Nusantara will be built on the island of Borneo
Don't Miss it Coszaline. Good news for those who use PKP services. Comfortable trains will appear on the tracks
Up Next The famous star disguised himself as a man. It is unrecognizable