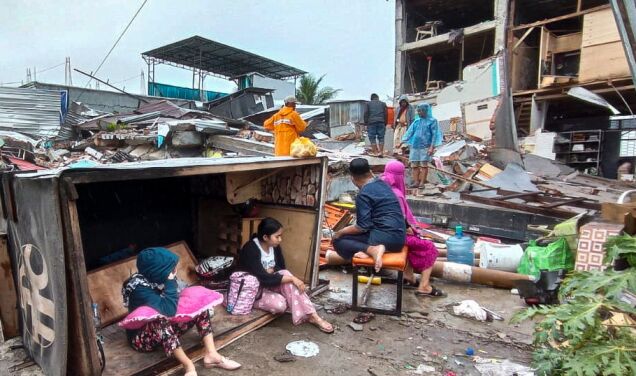 According to the US Geological Survey (USGS), the epicenter was 36 kilometers south of Mamuju, in West Celebes. The hypocenter fell at a depth of 18 km. At least 26 aftershocks have been reported.

According to the latest information, 42 people were killed. There were more than 820 injured.

In Mamuju, the most affected city in the region, a hospital was destroyed.

The impact destroyed or severely damaged several other buildings, including more than 300 homes, two hotels, as well as bridges and roads. About 15,000 people lost a roof over their heads.

Indonesia is located in the so-called Pacific Ring of Fire, a region where earthquakes and volcanic eruptions are frequent, and it consists of a strip of ocean trenches, island arcs and active volcanoes that surround the Pacific almost continuously, with a length of about 40,000 km. There are 452 volcanoes in this region and about 90 percent of all earthquakes in the world occur here.

In 2018, an earthquake measuring 7.5 on the Richter scale off the coast of Celebes triggered a tsunami that devastated the Palu region and killed more than 4,300 people.

The largest tragedy occurred off the coast of Sumatra in December 2004. Massive tsunami waves killed more than 220,000 people, including 170,000 in Indonesia.