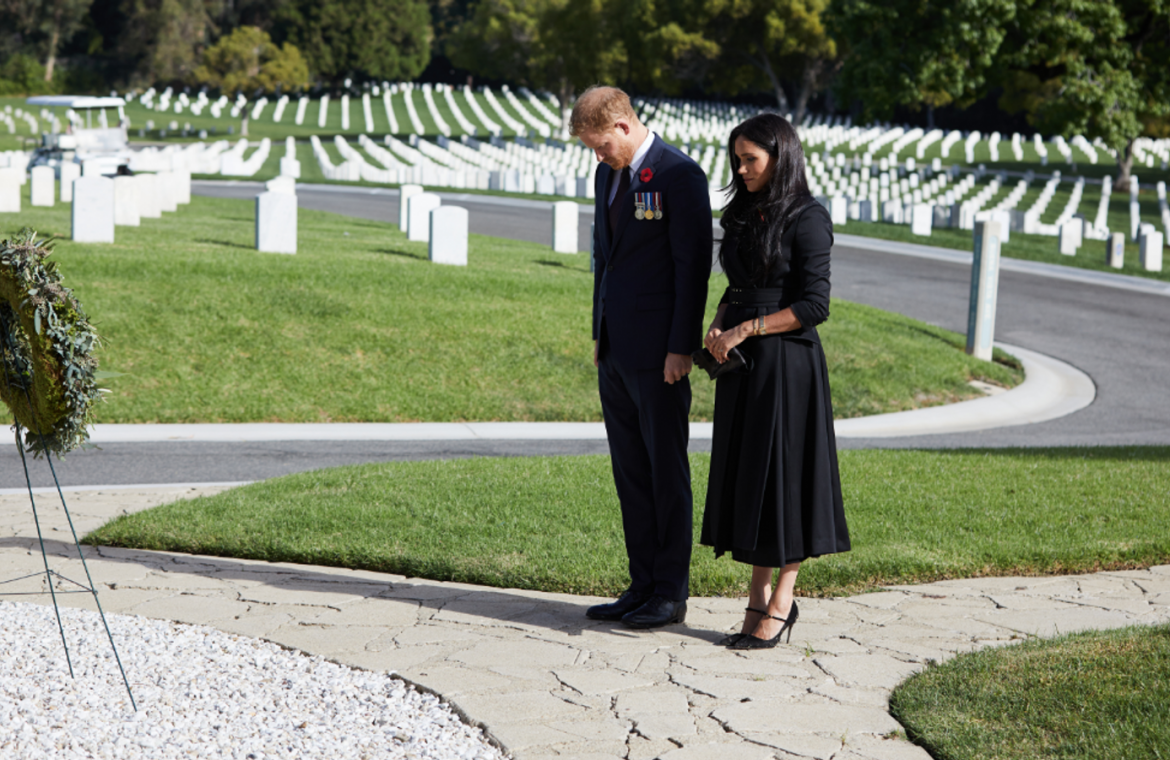 The Duke and Duchess of Sussex held their wreath-laying ceremony at Sunday’s commemoration in Los Angeles.

While a socially distant event occurred in The memorial in Whitehall With other royals, Harry And the Megan Honor the soldiers who fell from their new home.

Harry, who served on two rounds of service in Afghanistan, wore a blue suit decorated with three medals and poppies.

Megan also wore poppy, as the couple paid their respects to the armed forces.

The couple is photographed walking through Los Angeles National Cemetery.

Megan laid flowers from the couple’s garden on the graves of two Commonwealth soldiers.

The couple also laid a wreath, which Harry signed with the message: “To everyone who has served and served. Thank you.”

A statement from the couple said: “It was important for the Duke and Duchess to be able to personally identify the memory in their own way, and honor those who served and who sacrificed their lives.”