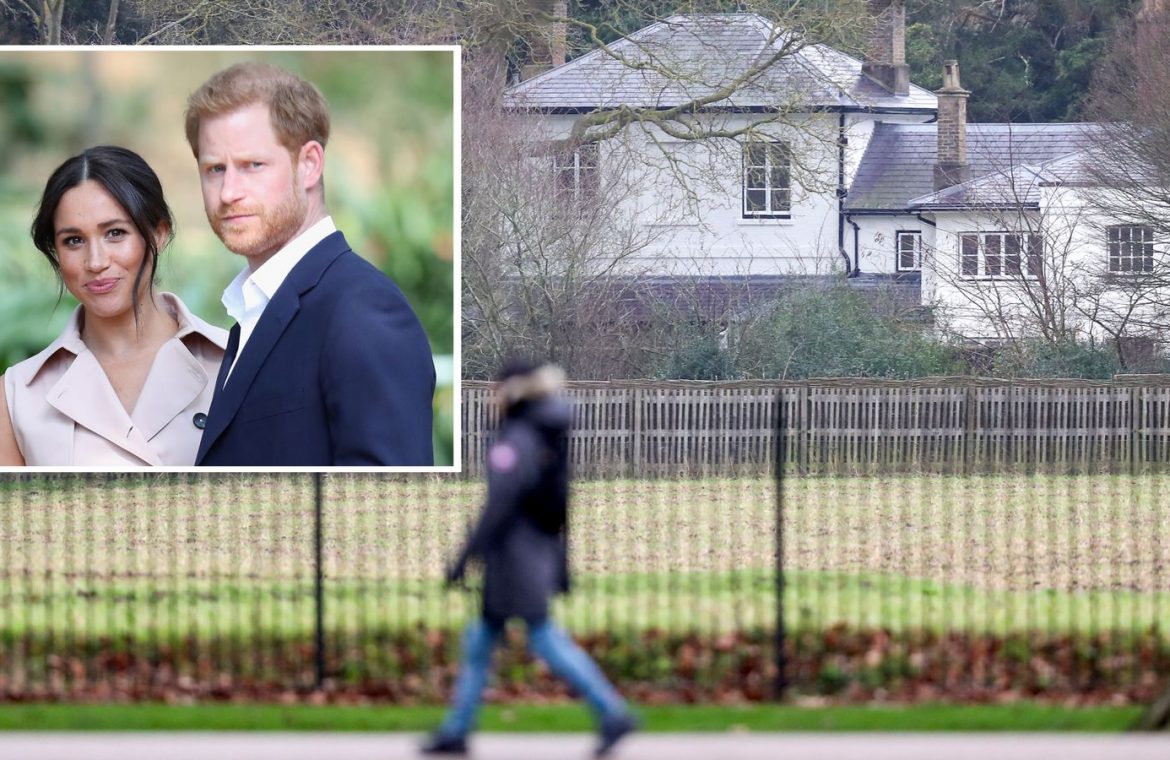 Harry and Meghan paid the rent at Frogmore Cottage “for a number of years” up front – in addition to paying the £ 2.4m in taxpayer money spent renovating the Windsor property.

The Duke and Duchess of Sussex managed to afford the repayment after signing a lucrative deal with Netflix that is rumored to be worth more than £ 100 million.

Although the couple now live in California with their son Archie, they have kept the Grade II listed property as their base in the UK.

Critics were demanding that they compensate the public treasury after their decision to step down from their position as members of the royal family in exchange for financial and personal freedom.

A senior palace source said the Sussex family had made a “significant contribution” to the sovereign grant – adding that the numbers would only appear in royal accounts for next year.

Meanwhile, Reuters reported that the rent paid was set at a commercial rate.

A source told the news agency: “They have fulfilled their current obligations, their debt obligations with respect to Frogmore Cottage, and have made a payment acknowledging that they have paid the rent for that property for a number of years.

“There will be a point in the future where they are expected to make more payments.”

Graham Smith, chief executive of the Republic, an anti-monarchical organization, called for a review of Harry and Meghan’s dealings with Frogmore.

He said, “What we have is a family who is exploiting their position (in relation to) public property. They are working on managing their own finances, preparing their own books and then reporting on their finances – an independent audit is needed.

“I think the Crown Estate has questions to answer about allowing royals to use the property in this way, and why they are not more open about the financial dealings that take place in relation to the homes they let the royals use.”

The royal accounts for 2019-20 were also released on Friday, With a warning of a possible £ 35m deficit due to the coronavirus pandemic.

The figures revealed that travel costs for Harry and Meghan’s high-profile tour of South Africa amounted to £ 246,000 – and the Prince of Wales’ two-day trip to Oman cost £ 210,345.