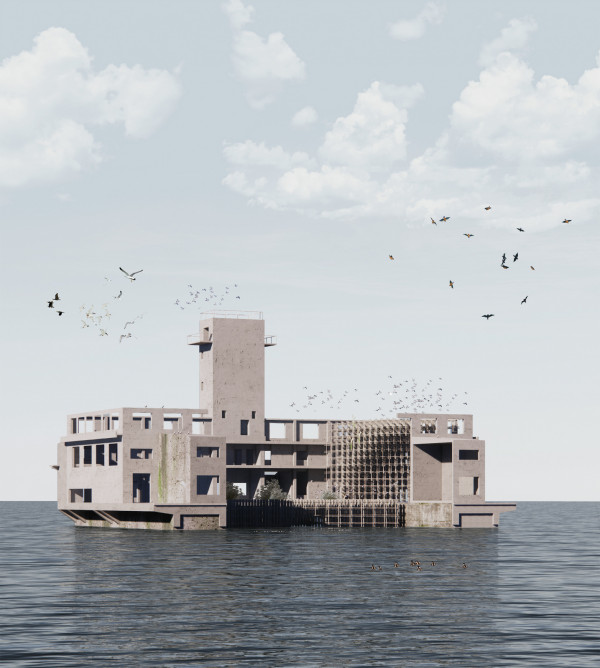 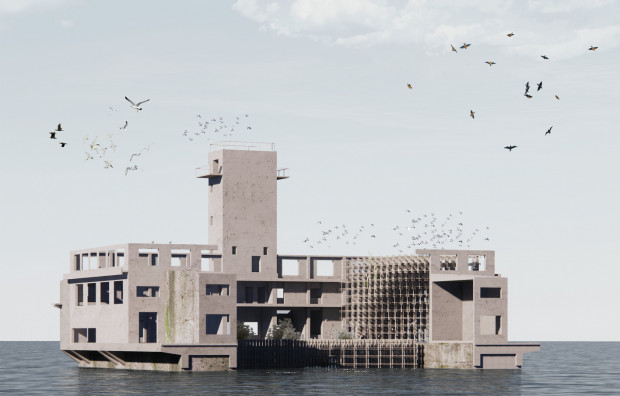 In the vision of Agnieszka Nyki, Graduate School of Architecture Gdansk University of Technology, historical Building a torpedo house Gdynia

It turned into a habitat for birds. – It must not only be the architecture of the people, it must also provide a framework for nature – explains the author of the project.

The torpedo station, which has always attracted photographers and filmmakers and recently more and more designers, has become the “hero” of the diploma thesis Agnesca Nikki, Graduate of the Faculty of Architecture, Gdansk University of Technology. The student wanted to draw attention to the destruction of the ecosystem and the geological structure of the earth, so he decided to create a habitat for birds and an educational center for visitors in the historic building.

The project was created as an indication that architecture should not only be for people, but also provide a framework for nature. Therefore the functional program of the Assumption is based on two parallel objectives. The first is to create conditions for providing natural habitats, developing marine ecosystems, protecting breeding grounds and developing biodiversity. The second goal is to create an educational center and visitor center – Agnieszka Nyka explains.
The project was consulted by an ornithologist from the Institute of Oceanography of the University of Gdansk in Hill, and the entire project was created after architectural, urban, functional and historical analyzes.

Where did the idea of ​​the habitat of birds come from in the house of the torpedo Gdynia?

I learned that due to climate change, new species of Asian birds appeared in the Gulf several years ago, which have no natural refuge places here. In addition, I also found out that the torpedo station is located exactly on bird migration routes – adds the project author.
I decided to design changes not only to the building standing on the water, but also to the remains of the halls on the ground, as well as to create a new wing from scratch.

Torpedo station with a wooden rack

According to the design of a GUT graduate, a wooden frame will be placed on the torpedo house, which will serve as a bird shelter. It will be made of oak or exotic but recycled wood. A second such structure will be placed almost entirely underwater, as it will help regenerate marine ecosystems.

The former torpedo assembly hall on the beach will become an exhibition and educational center. Visitors will find themselves in the hybrid space between the historic hall envelope and the new volume inside, looking at trees, shrubs, mosses, and grasses.

Buffet and workshop space are planned indoors. The exhibition space is planned underground. There will be screens broadcasting live from inside the torpedo house, as well as glass utensils in which the trees that grow on the ground above are planted.

A concrete pavilion made from the rubble from the surrounding rubble

The third building – the pavilion – was planned as an information point associated with an exhibition space dedicated to the history of the place and exhibits of evidence of human activities leading to the destruction. Its concrete façade will be distinctive, as it is manufactured using rubble from fragments of rubble and demolished objects in the area.

Agnieszka Nyka diploma thesis titled and defended the topic “Adaptation of historical objects in the era of climate change. Torpedo station in Babi Doi” at the end of last year at the Faculty of Architecture of the Gdansk University of Technology. The promoters are Love Doctor. M. Arch. Jacob Shchibansky, Dr. Inż. Arch. Anna Orchowska-Smolińska.

Torpedo warehouse in Gdynia in another project also as a convent

Let us remind you that we presented a vision in October Pawe LisiakGraduated from the School of Architecture of the Wrocław University of Technology, which was awarded in the Best Diploma Theses competition organized by the Polish Architects Association. 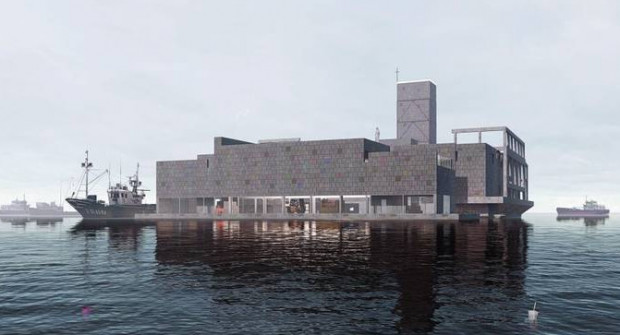 Seeing Paweł Lisiak is a monastery in a torpedo house.

The young architect turned out to be better than 25 competitors from all over Poland, developing the concept of a monastery on the site of the torpedo house Gdynia. It would have been built by the monks themselves using immediately produced plastic blocks.

In turn, a few years ago Oscar Podolsky OESU, artist, graphic artist, illustrator, designer and filmmaker from Warsaw, but was living in Gdynia at the time. He suggested that the torpedo house be changed to a grand welcome inviting people to come to Gdynia on their way to the city from the sea. 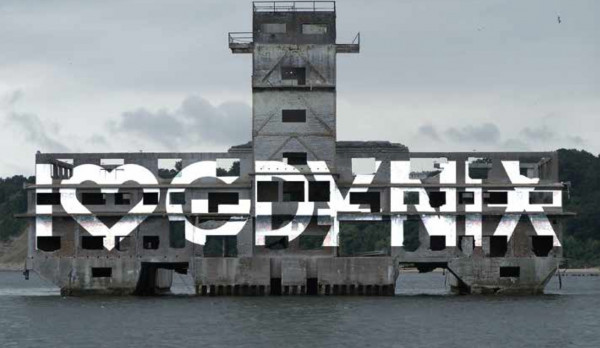 The torpedo station as a huge welcome and a place to confess love to Gdynia – that’s how Oskar Podolsky saw it a few years ago.

“The torpedo house is a building sign. It can be seen from the sea and the beach. A strong point in the memories of anyone who sees it at least once. For me, a display of the city can welcome those who enter. It’s an old tradition – welcome panels at the entrance to the gates that I love – these are The mural I would like to make in the torpedo house from the sea ”- wrote to the authorities of Gdynia in 2016.

See also  There is no chance to quit distance learning. Frustration in Polish homes has reached its peak

Don't Miss it The cat attacked the pilot, and the machine was forced to return. This is not the first case of its kind in the history of world news
Up Next Tczew – The 14th Grand Festival .. Best Independent Short Films in the World – Award Winning Film Show – News