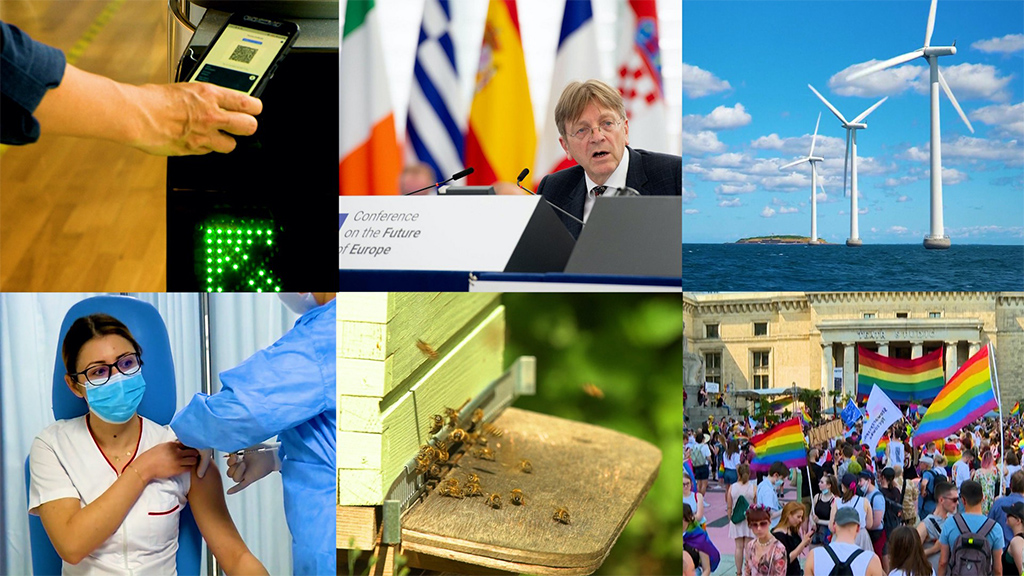 Parliament approved a new European Union climate law in June that raises the 2030 emissions reduction target from 40% to at least 55%. Parliament also adopted its position on the EU’s Biodiversity Strategy to 2030 to address the current biodiversity crisis. MEPs want to protect at least 30% of the EU’s land and seas by 2030.

In May, Parliament approved the €5.4 billion Life Program for the period 2021-27. It is the only EU program exclusively dedicated to the environment and climate, but one of many approved in the first six months of 2021.

In June, the European Parliament called for the punishment of those involved in forcing a Ryanair plane to land in Minsk in May and the arrest of Belarusian journalist Roman Protasevich. MEPs also called on EU countries to continue sanctions for human rights violations by the country’s authorities.

In a resolution adopted in June, MEPs instructed the Speaker of Parliament, David Sassoli, to call on the European Commission to fulfill its obligations and take action under the new regulation on the conditionality of access to EU funds from complying with the rule of law, which aims to protect EU funds from potential abuses. by the governments of member states.

In response to the deteriorating situation regarding LGBT rights in some EU countries, MEPs declared the European Union a free zone for LGBT people in March. They also expressed concern about attacks on media freedom and called on the European Commission to intensify measures to protect journalists in Europe.

Relations between the European Union and the United Kingdom

In April, Parliament approved a trade and cooperation agreement between the European Union and the United Kingdom that defines the rules for the future partnership. MEPs argued that the deal was the best way to mitigate the worst effects of Britain’s exit from the European Union.

Don't Miss it UK: Two bears escape from a zoo enclosure. They were shot
Up Next Germany: RTL journalist suspended after manipulating reportage