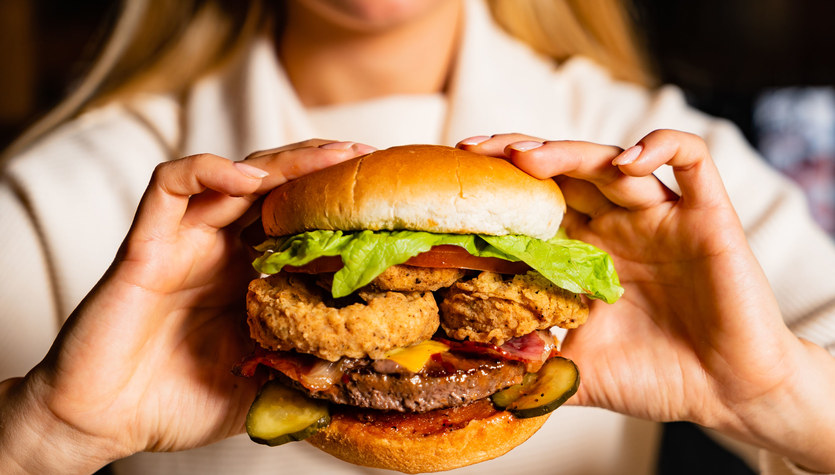 We work more and more, we have less and less free time, and therefore we do not pay enough attention to what we eat during the day. Scientists estimate that up to one in three Americans eats every day fast food And although the scale of the problem varies from place to place in the world, the trend is unfortunately the same.

At the same time, most of us realize This type of food is harmfulWhich when consumed in excess leads to weight gain, obesity and many diseases, so we try to limit it. Interestingly, however, when we reject junk food, health issues aren’t the motivation behind our decision – the most effective argument is…guilty!

In a study of 300 respondents via an online questionnaire, researchers sought to find key factors that characterize people who identify as Eat fast food regularly And sometimes eating.

Because of research gaps, we know of no motivations for not eating fast food other than an anecdotal assumption that lower nutritional quality may be discouraging.


Fast food is unhealthy, but that’s not why we reject it
/123RF / PICSEL

Because despite the low nutritional value is definitely a factor that pops in our mind when we think fast foodResearch shows that something works most effectively as a deterrent.

Respondents asked for reference How much importance do they attach to various factors related to food intakeincluding functional (comfort, taste, knowledge) and emotional (pleasure) values, as well as many others, such as possible food poisoning, animal protection, environmental impact, etc.

It soon became clear that people who eat fast food infrequently differ from the “normal” group in two main ways. The first is Eating fast food in an emergencysomehow out of the consumer’s control – travel, stress, little time, sudden shortage of other foods in the fridge, and second… feeling guilty.

People who eat junk food on a regular basis can have a tendency to feel guilty about eating junk food and feel satisfied when they don’t eat it. Interestingly, the fact that fast food is unhealthy, which is often recognized as the main problem and cited as the main reason for avoiding it, did not make much difference in distinguishing between regular and casual fast food consumers.

According to researchers, this means that Knowing the bad or no nutritional value of food It is not enough to urge consumers to change their eating habits. Although the researchers are aware of the limitations of a small research group and questions only about a small group of fast food, such as french fries and burgers, they believe these findings could help create effective ways to combat excessive consumption of fast food.

See also  Coronavirus in the UK is direct: Cases jump by 4,422 as London lockdown restrictions may increase
Don't Miss it The mother of the Manchester City star punched her in the face – watch the video
Up Next Asteroid 455176 (1999 VF22) will approach Earth on Tuesday morning. ‘Potentially dangerous’