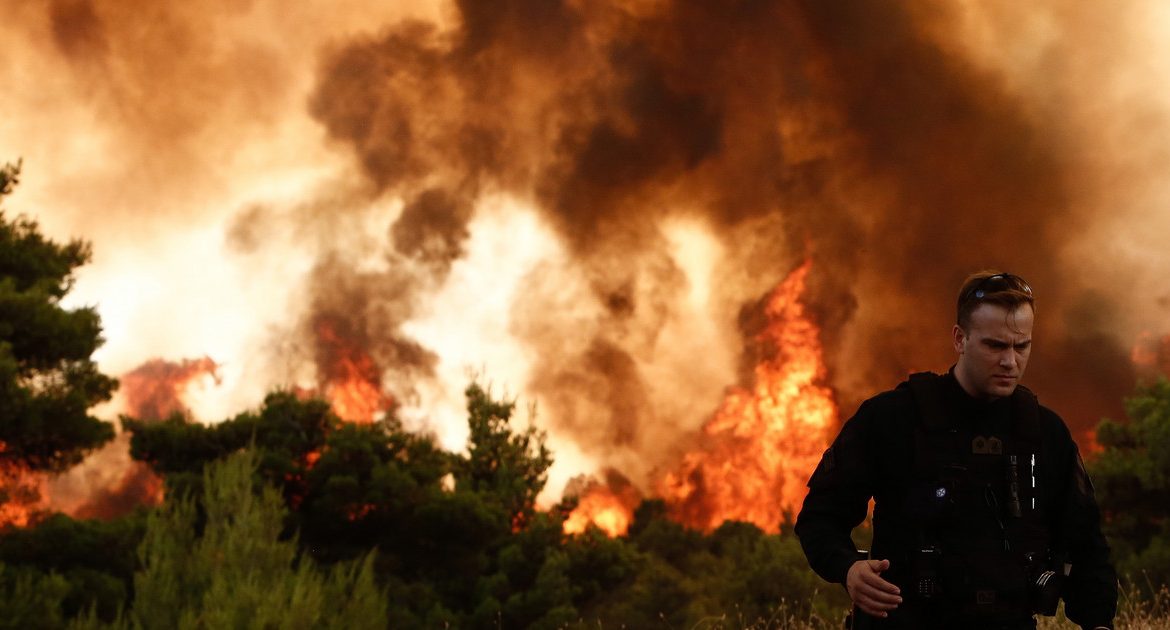 On the island of Euboea in the Aegean, the Coast Guard carried out a massive operation using patrol boats and special units to evacuate hundreds of people by sea.

Fires in Greece. The fire is spreading to other areas

with a long heat wave The fire broke out in forested areas 20 km north of the Greek capital, destroying more homes. Teams of several hundred firefighters dug fire trenches and put out the flames — according to the Associated Press.

Traffic was halted on the main highway linking Athens with northern Greece as firefighters tried to use the road as a barrier to contain the flames before firefighting planes resumed at dawn. However, the fire made its way across the highway in several places. Several firefighters and volunteers were taken to hospitals with burns.

“This is the tenth day of the great heat wave that hit the whole country, the worst heat wave in intensity and duration in the past 30 years,” said General Aristotles Papadopoulos.

Thousands of residents have been evacuated

See also  Winter hit in Australia. The coldest day in 37 years has been recorded in Sydney | News from the world

Nearly 60 villages and settlements across southern Greece were evacuated on Thursday and Friday morning. The weather is set to get worse as strong winds are expected in large parts of the country.

Fires broke out in Euboea, northeast of Athens, and in several places in the southern Peloponnese region, as services prevented the blazes from reaching the attractions of Olympia, the site of the ancient Olympic Games. The Summer Palace near Athens, once used by the Greek royal family, has also been preserved from the elements.

Fire brigades, firefighting planes, helicopters and fire trucks from France, Romania, Sweden and Switzerland are due to arrive in Greece on Friday and over the weekend. Cypriot firefighters and aircraft are already in Greece as the European Union increased its support for affected countries in southeastern Europe.