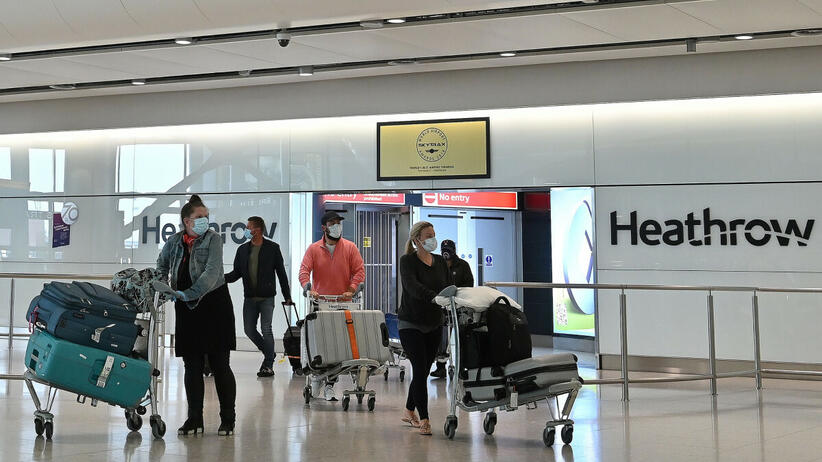 The UK, as previously announced, will relax further entry regulations. From October 24, fully vaccinated travelers will be able to take rapid antigen tests upon arrival in England, instead of the more expensive polymerase chain reaction (PCR) tests. The changes relate to people coming from most countries around the world, including Poland.

The UK government previously announced changes regarding the acceptance of antigen tests on arrival, but only now has a specific date been set. The new regulations will be of great help and savings for travelers. Not only are antigen tests faster, but they are also cheaper than current PCR tests.

The relaxed regulations apply to people traveling to England from countries other than the seven countries on the so-called Great Britain Red List.

As the British government has stated, a full vaccination against Covid-19 arriving in England will no longer have to carry out expensive PCR tests on arrival. From October 24, cheaper antigen tests will also be accepted

As indicated, passengers will need to take a photo with the antigen test result and the order reference number and send it to the test vendor they asked to check the result.

Alternatively, it will be possible to book a test at one of the test points at airports. A list of approved private exam providers will be published on the UK government website on 22 October. If a person has a positive rapid test for coronavirus, an additional PCR test will be needed, but it will be free.

The changes affect people who have been fully vaccinated against Covid-19 in the UK or in one of the countries in which the British government recognizes vaccination programs (currently about 100 countries, including all countries of the European Union), and those coming from countries outside the “red list”” .

What about non-immune people? This group of travelers, upon arrival from countries not on the red list, will still have to take two PCR tests – on the second and eighth day of their stay – and undergo a 10-day home quarantine. On the other hand, all people returning from the red-listed countries, regardless of whether they have been vaccinated or not, in addition to these two tests, are required to undergo a 10-day paid quarantine in one of the designated hotels.

The changes announced by the British government concern those coming to England, because the requirements for access to Scotland, Wales and Northern Ireland are set by their governments, although they are usually adapted to the rules applied in England.

This is the next step in easing restrictions by the British authorities. Let’s remember that from October 4 the current “traffic light system”, which divides countries into colors – green, yellow and red, has been abolished. Currently, there is only one “red list”, which is currently shortened to 7 countries. In addition, fully vaccinated people traveling to England and Northern Ireland no longer need to undergo pre-departure testing.

Don't Miss it Future Labs – Application deadline has been extended to November 30th! – Ministry of Education and Science
Up Next Shell plans to move from Holland to Great Britain