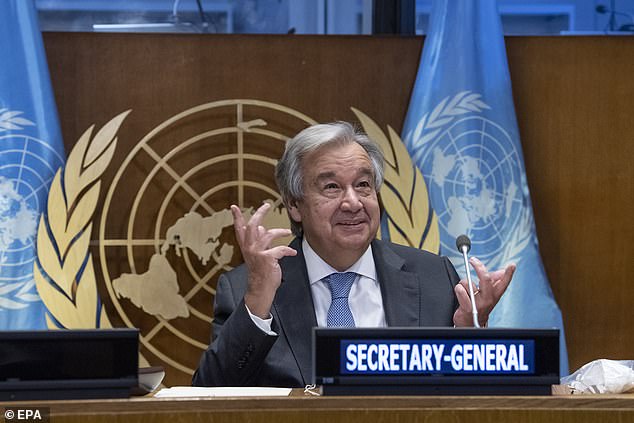 Global Coronavirus cases increased by more than 400,000 in one day for the first time, as the United Nations Secretary-General said that the world “ fails to test ” in the epidemic.

Written by Reuters and Associated Press

Global coronavirus cases rose by more than 400,000 late Friday, a record increase in one day, as much of Europe imposes new restrictions to curb the outbreak, and many US states are also seeing record highs.

United Nations Secretary-General Antonio Guterres said on Saturday that a divided world has failed to meet the challenge of fighting the epidemic, warning that concerted action is needed to prevent millions of people from pushing into poverty and hunger.

“The Covid-19 pandemic is a major global challenge for the entire international community, for multilateralism and for me as Secretary-General of the United Nations,” Guterres told Portuguese news agency Lusa.

“Unfortunately, it is a test that, so far, that the international community has failed.”

United Nations Secretary-General Antonio Guterres (seen last month) said on Saturday that a divided world has failed to rise to the challenge of fighting the pandemic.

In the United States, President Donald Trump has called for a major economic stimulus package as infections exceed eight million in America, with record highs in several states.

The daily rate of new coronavirus infections in Indiana continued to grow at record levels with an update on Saturday from state health officials, who also added 31 more COVID-19 deaths to the state tally.

The state health department’s daily update showed that the seven-day rolling average in Indiana of newly confirmed cases of COVID-19 was 1,799 as of Friday. This is the highest level the state has experienced during the pandemic and has more than doubled over the past three weeks.

Meanwhile, the number of hospitalizations for the coronavirus remained near a record high in Oklahoma on Saturday, while the number of reported cases increased by 1,195 and deaths rose by 14.

The administration said that there were 8,272 new cases of coronavirus infection during the week ending Thursday, a 15 percent increase over the previous week, and 58 additional deaths from the previous week due to Covid-19. 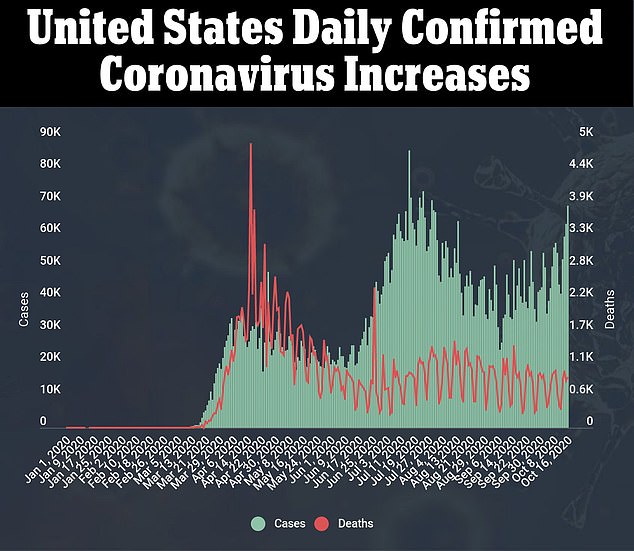 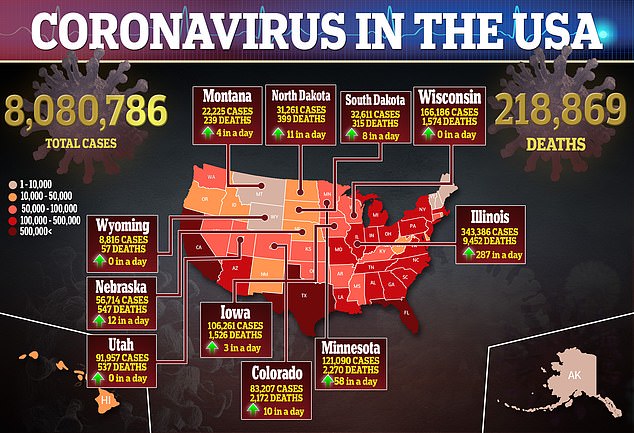 Europe, which succeeded in curbing the first wave of infections, has emerged as a new epicenter of the Coronavirus in recent weeks, reporting an average of 140,000 cases per day over the past week.

As a region, Europe reports more cases daily than India, Brazil and the United States combined.

Of every 100 reported infections worldwide, 34 were from European countries, according to a Reuters analysis.

The region currently reports 1 million new infections nearly every nine days and has reported more than 6.3 million cases since the start of the pandemic.

The major European countries – the United Kingdom, France, Russia, the Netherlands and Spain – accounted for nearly half of the new cases in Europe in the week ending October 18, according to a Reuters tally. 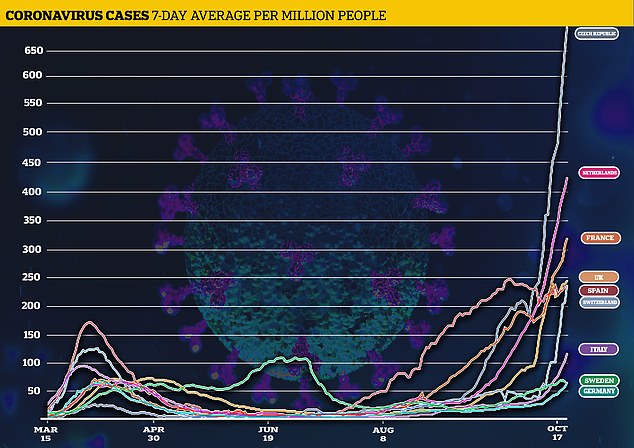 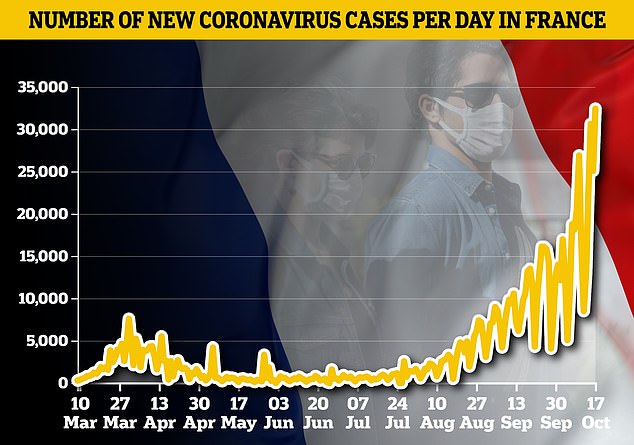 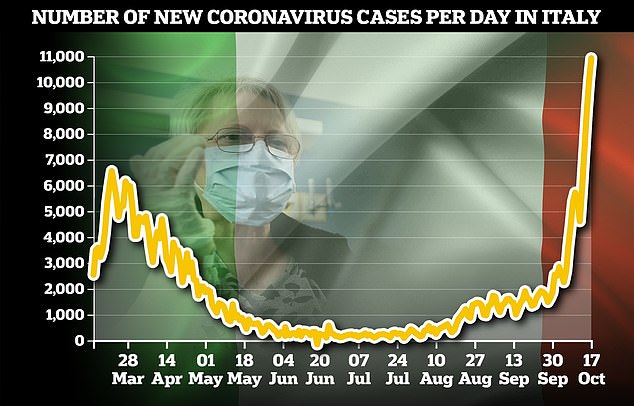 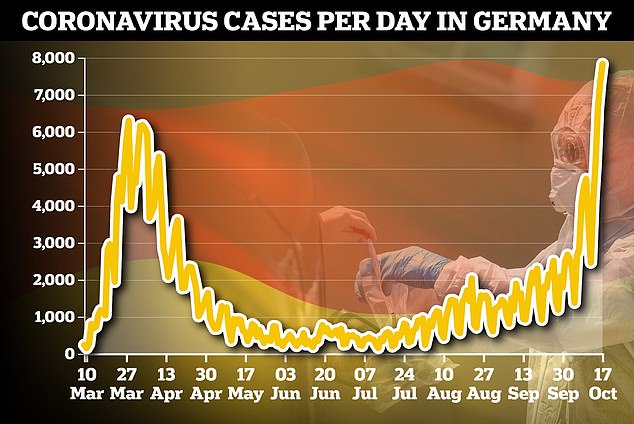 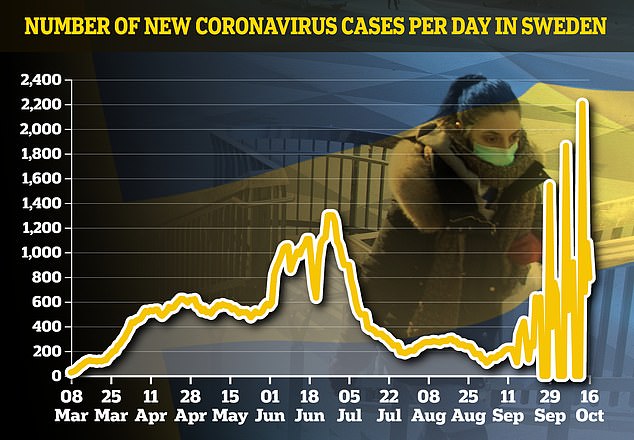 France reported the highest seven-day average of new cases in Europe with 19,425 infections per day, followed by the United Kingdom, Russia, Spain and the Netherlands in the European countries most affected.

Many European countries are closing schools, canceling elective surgeries, and recruiting medical students as authorities face a resurgence of COVID-19.

Russia is moving students to online learning and Northern Ireland closes schools for two weeks and restaurants for four.

In Spain, authorities in Catalonia ordered bars and restaurants to close for 15 days and restricted the number of people allowed in stores.

Infections have been reported in more than 210 countries and territories since the first cases were identified in China in December 2019.

Don't Miss it Coronavirus: Tony Blair denies breaking COVID rules after a trip to the United States | Politics News
Up Next A double transfer deal from Barcelona to the Premier League in the January window