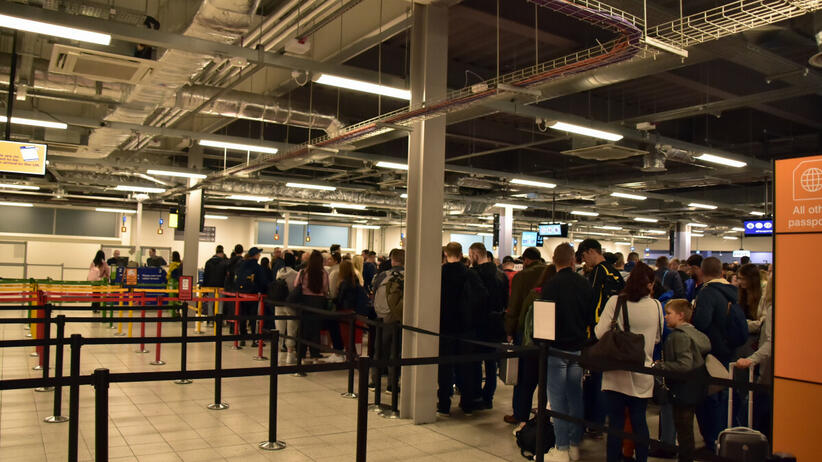 There is still a lot of chaos in UK airports. Some passengers are afraid that they will not be able to check-in before the flight, and they appear up to 6 hours before the planned flight. Queues line the front of the building and almost reach the parking lot. Confusion and crowds prevail at security checks. Pictures and videos showing busy British ports are emerging on the Internet.

Bigger problems have emerged than before with the lifting of virus restrictions in the UK (passengers no longer need to be tested to get home from leave) and the start of the holiday season among many Britons. It also coincided with a recent staff shortage – several employees reported having confirmed Covid-19, which prevented them from coming to work. Airlines were often unable to provide crew on all scheduled flights, resulting in many delays and flight cancellations. However, it is the passengers themselves who suffer the most.

Great Britain. Chaos and queues of passengers in front of airports

Currently the biggest problems are happening at Manchester and Birmingham airports. Concerned passengers, fearing delays in checking baggage and baggage, arrive at airports 6 hours before their flight. Besides, this is also encouraged by the carriers themselves, who send emails to customers with information about queues and difficulties.

See also  A new and innovative place on the map of Olsztyn! It is the first place of its kind in the world

The situation inside the port is also not very interesting. There is a large crowd of people and confusion at the security check itself, which often leads to tension among travelers.

On the other hand, in London-Stansted, travelers have to wait up to two hours in a queue to check in.

Passengers say they don’t know if they should follow the instructions of the airline or the airport. Because even though carriers encourage people to come early for a flight, travelers at the airport itself often discover that it’s too early to check-in for a particular flight and they have to…wait. Many flights are also canceled simply because airlines know they won’t be able to serve more customers.

It is not known when this massive confusion at UK airports will end. The port authorities confirmed that they are trying to control the situation as quickly as possible, but the shortage of personnel has so far prevented them from quickly solving the problem.

Don't Miss it Do you fall asleep alone? You failed. Research leaves no doubt
Up Next Chinese Minister on Taiwan: We will not hesitate to fight