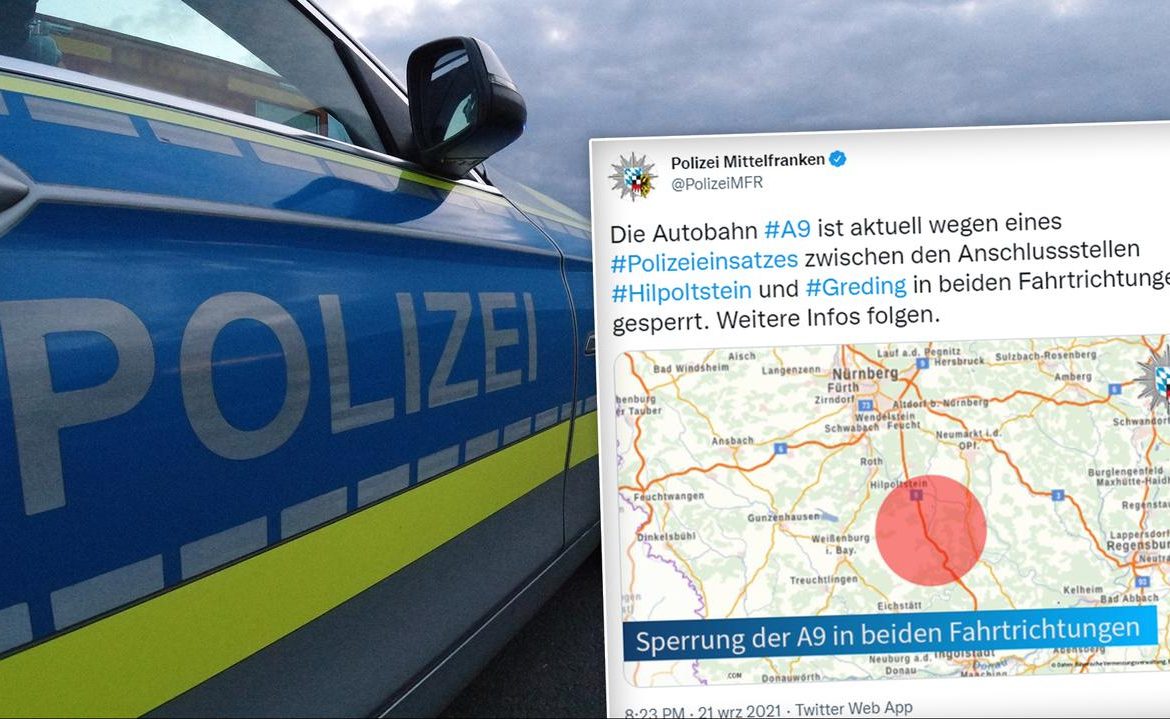 German police say a person who took hostages on a bus on the A9 motorway between Hellbolstein and Griding in southern Germany has been arrested. Earlier, the agencies reported that the man was armed, and the police stated that “the situation is alarming.”

There was supposed to be an argument on the bus. There was talk of a suspicious armed passenger who was in a car with three drivers. Meanwhile, all the other passengers left the car.

At 21:30, a special force was able to arrest the perpetrator inside the bus. As the head of the operations center said, “It happened without any problems.” All three people on the bus were allowed to leave early. The details of the arrested man are not yet known.

Closed highway, bus in the middle of the road

“So far, no weapons have been found. The bus is still being searched,” police said on Twitter late on Tuesday. According to the newspaper “Sueddeutsche Zeitung”, the police negotiating team tried to clarify the situation earlier.

At first, it was not known how many passengers were in the car. The bus was parked between two intersections, between Hellbolstein and Griding, in the middle of a highway that was closed. Trains have also been suspended on the nearby Munich-Nuremberg line.

According to the newspaper “Bild”, the bus was heading to Serbia.

See also  A CNN reporter wears a headscarf. The journalist's photo was circulated by the network
Don't Miss it Polish-American Relations. Andrei Duda comments on the situation
Up Next Military silver statue and ceramic block. Discoveries in Chudlik Settlement