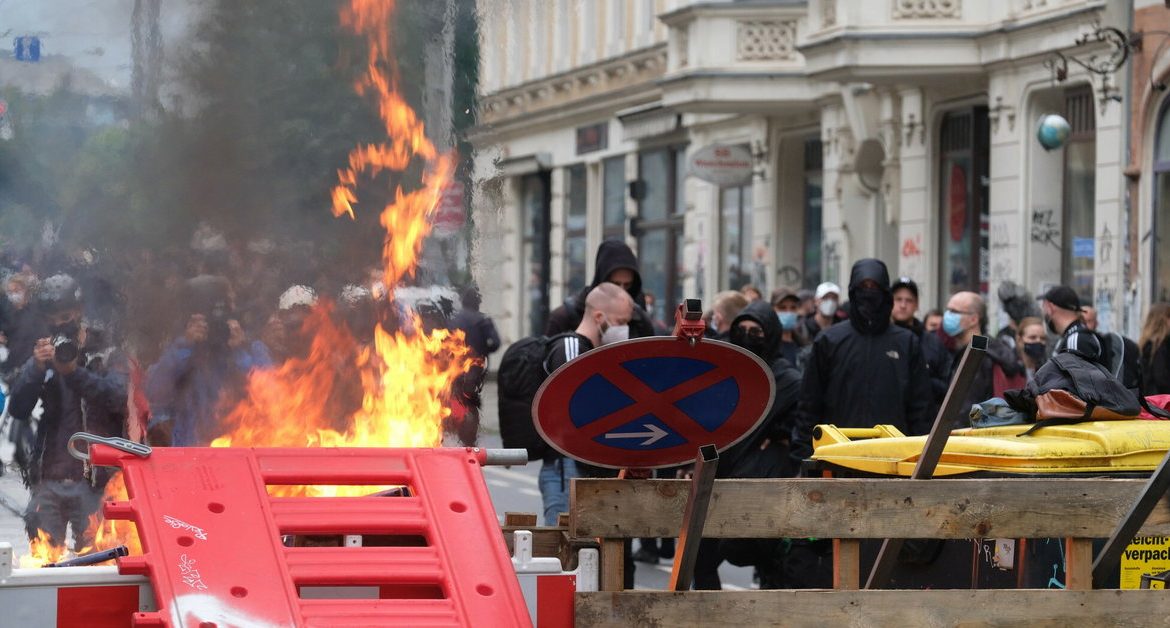 “The demonstration was organized by a large police unit. The operation was commissioned by officers from Saxony, Lower Saxony, Saxony-Anhalt and Thuringia, as well as the Federal Police. A helicopter was flying over the city, and there were a number of water cannons. Prepared “- writes the daily” Welt “.

At first, the demonstration was largely peaceful. The march passed from the city center to the southern part of Leipzig. But later, a riot broke out. The police station building in Leipzig was pelted with beer bottles and firecrackers.

The Deutsche Bank branch and the Leipziger Volksbank branch were also pelted with stones. A protester threw paving stones at windows along the march road in the southern part of town.

After the official completion of the demonstration, barricades were erected in the Konwitz area and set on fire. “Masked people dragged wooden pallets, road signs and trash cans onto the street and set them on fire” – writes the magazine. The police used water cannons.

The reason for the demonstration was the trial of student Lina E and three men accused by the federal prosecutor of forming a criminal organization and launching violent attacks on right-wing extremists.

The demonstrators carried torches and black umbrellas in protest

The masked perpetrators set fire to the barriers. The police used water cannons

See also  Italia. The 19-year-old invented a mask that changes color when it needs a change
Don't Miss it Britain’s exit from the European Union. Guide – How to do business after Brexit?
Up Next Call of Duty: Vanguard Beta with major graphics bugs on Xbox Series X | S.