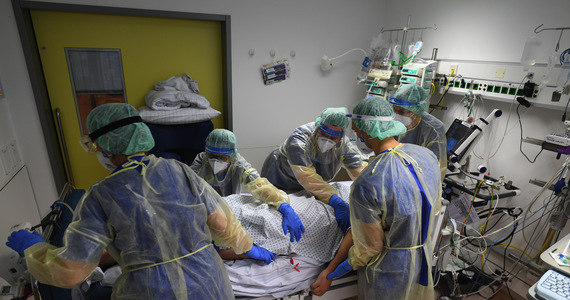 A third of nurses in German neonatal intensive care units plan to give notice within a year, according to a survey by the German Society for Internal Intensive Care and Emergency Medicine (DGIIN). Medical workers are increasingly dissatisfied with working conditions. They assert that the epidemic has exacerbated the already bad situation.

DGIIN’s general secretary and former president of the German Society for Intensive Interdisciplinary and Emergency Medicine (Divi) Uwe Janssens told the daily Tagesspiegel that the nurses are working in an “ongoing crisis” environment. He assessed that the coronavirus pandemic, especially the current third wave of infections, had exacerbated the already bad situation.

More than two-thirds of ICU workers, ambulance workers and first responders who have already quit their jobs indicated in the survey that their decisions were affected by the deteriorating epidemiological situation in the country.

Tagesspiegel writes that the consequences of mass resignations among medical staff could be catastrophic. Already 100 thousand. Long Term Care Nurses.

According to data from the German Federation of Nurses and the German Nurses Council, 40 percent. All caregivers have reached retirement age in the past ten years.

A study by the Bremen Chamber of Labor and the SOCIUM Research Center at the city university determined what would keep nurses in their jobs. These include: providing the employer with sufficient time to provide patients with high-quality care, not forcing them to work on vacation days, and a higher base salary and higher bonuses for special duties. The importance of better psychological support for ICU employees, who are under severe stress, has also been noted.

“This pressure is not just about work,” said Janssens, adding that medical workers often accuse outsiders of spreading panic about the epidemic. – Instead of doing that, society should be a wall behind medical staff – he pointed out.

See also  Victor Briocciano passed away. He was jointly responsible for the Chernobyl disaster
Don't Miss it Experts on the role of the Science and Business Alliance in developing medical technologies in Poland
Up Next Vivo. Animation preview as Lin-Manuel Miranda arrives on Netflix