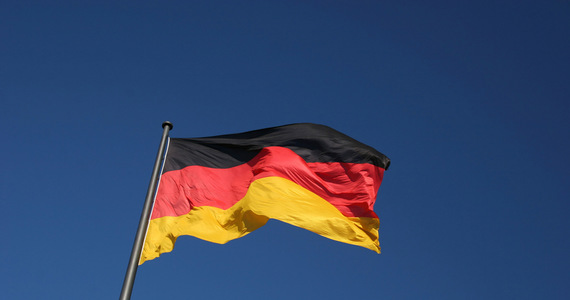 Earlier this week, the starting shot was fired: Germany will be measured again in the next five weeks. Until July 15, 35 survey groups from the state cartographic offices and the Federal Bureau of Cartography and Geodesy (BKG) in Frankfurt am Main will roam across the country. Its members, equipped with the latest equipment, will examine 250 German geodesic measuring points 24 hours a day, seven days a week.

Invisible measurement points were placed shallow below the surface in 2008 and carefully measured. This was the first such work in Germany. Survey teams will detect them briefly in the coming weeks and will provide them with special antennas for 24 hours. Then they will check their height and exact location.

To make the measurement result as accurate as possible, experts will use several satellite systems at once. It will include the well-known US GPS satellite navigation system and the lesser known Russian GLONASS system. In contrast to the first measurements made 13 years ago, this time also included the European Galileo navigation system, which in 2008 was still under construction. The antennas will receive the signals sent by these systems every second and record any changes that have occurred over the past 13 years.

The data collected in this way will be supplemented by signals transmitted by satellites of the German active geodetic network SAPOS, which is operated by the German federal states.

However, the work does not end there. Once the measurement teams have completed the first part of their missions, the measurement points will be placed underground again. The data collected by them will be sent to a multi-day analysis carried out using high-performance computers at the Federal Office for Cartography and Geodesy in Frankfurt and its counterpart in Lower Saxony. The number and quality of this data allows experts to determine changes in the location of the size of a mustard seed.

The new measurements won’t bring much over the official statistics. The data obtained as a result will be used as the basis for many other tasks. For example, experts several years ago assumed that Germany falls on the coast and rises in the mountainous region. New measurements can confirm this, and the data obtained will be used to better protect the coast from sea waves.

The same is true for inland waters. The new data will greatly help prevent flooding, which will also benefit road, rail and mining construction. There will also be a need to choose a safe German radioactive waste repository. In this case, only places where the change of layers of the earth is minimal.

The use of the results of new state measurements for the future system of autonomous vehicles, both passenger cars and trucks, is of particular interest. The more accurate the data obtained, the better and more secure the system.

The first accurate measurements of Germany were made in the 19th century. But what lasted decades back then, thanks to satellites, can now be done much faster and with much greater accuracy.

The second difference is that in the past, such measurements were made separately in a particular country. Transporting them to the territory of a neighboring country was difficult and required a lot of mathematicians. Today, thanks to satellite navigation systems, it is possible to use a coordinate system that originates from the center of the Earth. In this way, all countries can be measured in a uniform way and easily linked to each other for the benefit of cartographers and ordinary humans, for example using their car navigation systems.

Newman: I don’t think Tusk will go back to the mailbox the way some people think
RMF

Don't Miss it Covid passport approved in Europe. Starts July 1
Up Next Polka will fight today in the World Championship Excel!