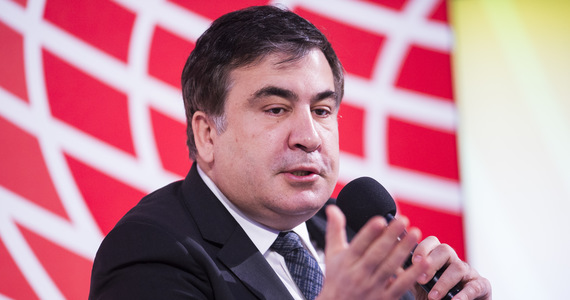 – When I entered, Saakashvili was at the doctor and was undergoing a medical examination. Then I had the opportunity to communicate with him in the dungeon. Mikheil Saakashvili said he was on a hunger strike, Nino Lumjaria said.

She emphasized that, according to reports, the politician did not use force during arrest and did not resist.

Earlier, Georgian President Salome Zurabishvili said she would never pardon Saakashvili. According to her, the former president came to Georgia to destabilize the political situation in the country. She added that she would not pardon Saakashvili because she wanted “to be fair to those who suffered because of his regime”.

The Prime Minister of the Republic of Irakli Garibashvili announced, Saturday, that Saakashvili, who returned to the country after eight years of emigration, was arrested by law enforcement officials and placed under arrest. He noted that the police had information about the path of the fugitive politician – from Ukraine to Georgia.

Saakashvili left Georgia in 2013. A court in Tbilisi sentenced the immigrant politician in absentia to six years in prison for abuse of power. Since 2014, he has been pursued by a Georgian arrest warrant. Saakashvili rejects all accusations and says they are politically motivated. The politician was deprived of Georgian citizenship when he received Ukrainian citizenship.

See also  Media: Trump wants to wait for Biden to take the oath in Scotland. The Prime Minister announced that he would not allow this News from the world
Don't Miss it A new Polish defense attache to the United States, Brig. Krzysztof Nolbert took over the tasks
Up Next Ghostrunner and Star Wars: Squadrons and Alien: Free Quarantine for Amazon Prime Gaming subscribers