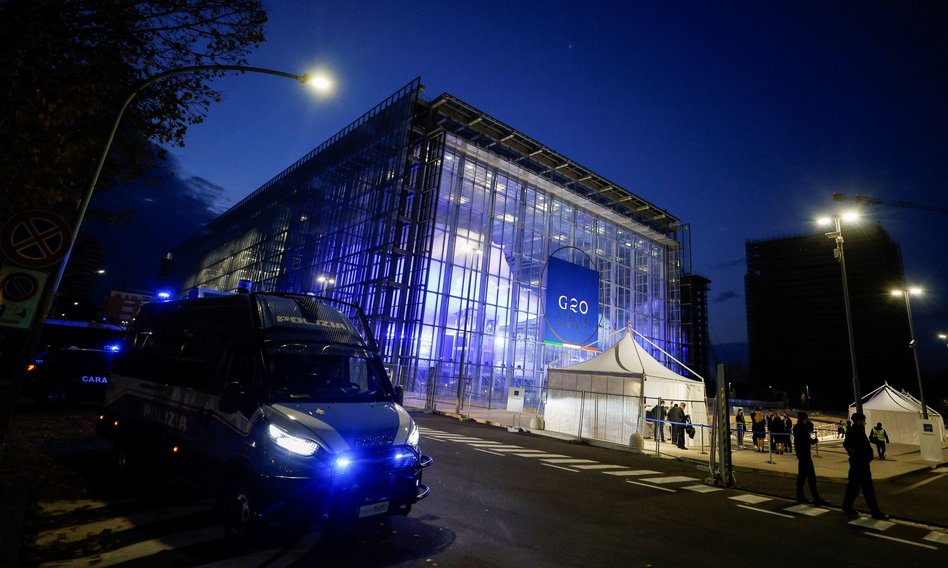 G20 leaders met in Rome on Saturday under high cloud to begin their two-day deliberations. They take place in the state-of-the-art Nuvola Convention Center in the Eur District, which features a huge white cloud-shaped fabric.

The summit began with a family photo of world leaders, along with doctors, nurses, paramedics and representatives of the Italian Red Cross, in appreciation of those involved in the fight against the epidemic and highlighting one of the main themes of the meeting.

The summit is held under the theme “People, Planet, Prosperity”. The topic of the first discussion in his forum was “Economy and Global Health”.

The two-day meeting will focus on post-pandemic economic recovery and recovery plans, and on climate change, which will be a prelude to the COP26 conference starting Sunday in Glasgow.

“This is the only possible solution to the pandemic, climate and tax issues,” he added.

He called the Italian Prime Minister to overcome the differences.

“We can finally be optimistic about the future,” said Draghi. It was the success of the vaccination campaign, he said, that made economic recovery possible.

See also  Stoke-on-Trent, Coventry and Slough have been added to Level 2 Insurance

The Italian Prime Minister declared: “We are building a new economic model and the world will be better.”

After a day of deliberation in the “cloud,” world leaders will go together to visit the Baths of Diocletian, followed by a dinner hosted by the President of Italy, Sergio Matterella.

The morning before the summit, a group of dozens of climate activists blocked the central road to Cristoforo Colombo near the meeting place. The police intervened.

Don't Miss it New Entry Rules for Great Britain. Also for the Poles
Up Next USA: Court: New York City health services must be vaccinated regardless of religious beliefs