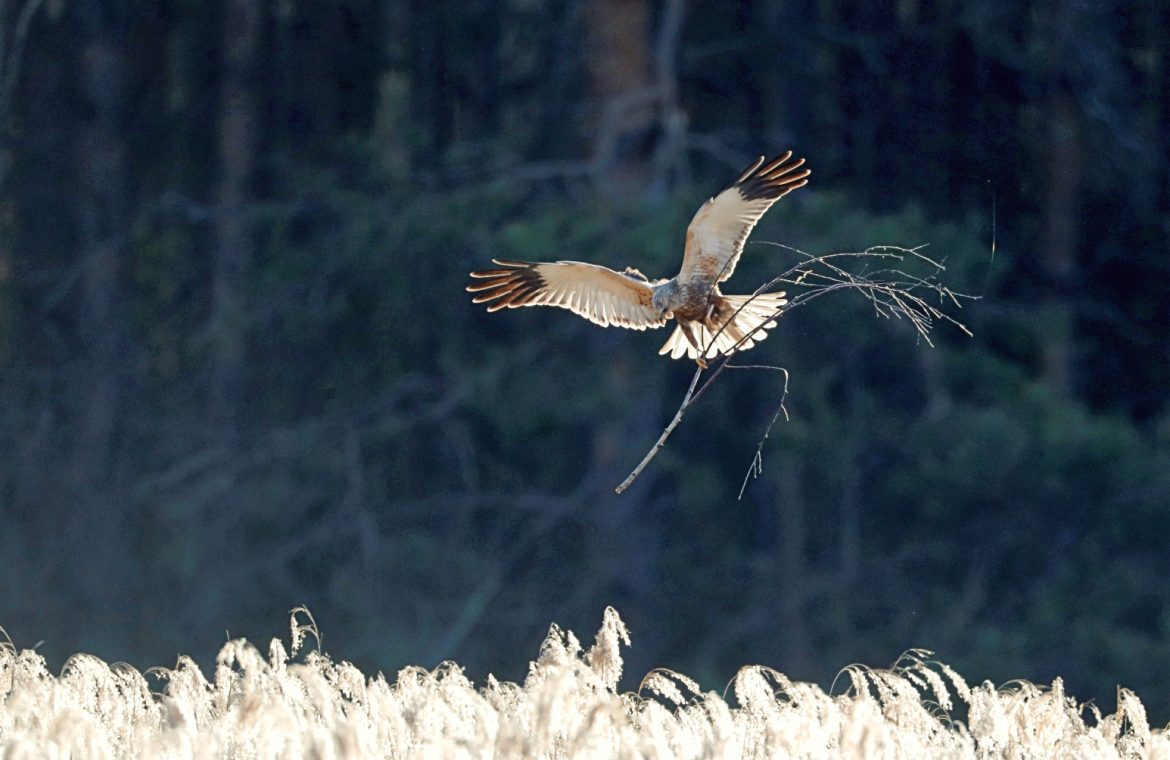 Belarus has just closed its mouth and handcuffed one of its closest sons. Viktar Fenchuk (Polish: Wiktor Fenczuk), naturalist, ornithologist, and activist, was sentenced to 2.5 years in prison in May 2022.

I met him in 2005, when I was reporting on the Białowiea Forest for the Polish edition of National Geographic. Wiktor showed me about the Belarusian part of it. At that time, he was the director of APB Birdlife Belarus – an organization that deals with the protection of birds.

Its name already contained the vision that Victor had dreamed of for his country. Its first member – Akhova Ptushak Batskaushchyny, “Protection of the Birds of the Fatherland” – was in Belarusian, a language that was slowly forgotten in Belarus, but supported by the anti-Lukashenka opposition. The English part of the name, in turn, proves that the organization belongs to an international network. Wiktor think globally and act locally. He loved the nature of his country and actively protected it. He proved to me that Belarus, which seems far from the interesting natural parts of the world, really shines with it. Although there are no mountains or sea here, huge and carefully drained swamps have been preserved in other regions of Europe. Plus beautiful lakes, dense forests, and animal power that’s hard to experience anywhere else.

Wiktor showed me a bird Aquatic Warbler – a very rare swampy bird, the largest population of which in Europe lives in Belarus. Thanks to him, I was happy in the spring hinterland of Pripyat, where countless flocks of geese, phalanxes and hunters stop during the migration. He helped me get to the Belarusian part of the Chernobyl region, which was closed to tourists. There, among deserted villages and flooded meadows, I was overwhelmed by the richness of nature freed from human influence. Wolves, lynx, many birds and pond turtles came out to meet me and my friends.

A prison for activity and nature activities

At the same time, Wiktor focused on international relations. He traveled to conferences across Europe, where he spoke about his research and actions. The grants he received allowed to stop the drying up of the great Belarusian swamps and protect their inhabitants, including the aquifers. This independent activity did not keep pace with the plan implemented by its dictator Alexander Lukashenko in Belarus.

Thus Victor became involved in opposing activities. The more intense the horror Lukashenka gets, the less space is left for people like Viktor. Eventually he was accused of participating in the protests, and APB Birdlife Belarus was closed down. After eight months of arrest, in May of this year, Wiktor was sentenced to prison. And he will remain there until mid-November 2023. This is very bad news for Belarus, for nature and for the world.

Read also: Many Belarusians are ready to die for a free Ukraine

For your freedom and the freedom of your country!

I remember in 2005, in the wild backwoods of the Belarusian part of the Białowiea primeval forest, we shared a completely different vision of the future with him. Served by moonlight, driven into a strict nature reserve a national park, she raised a toast to Belarus’ imminent accession to the European Union. Seventeen years later, instead of getting close, that goal has fallen hopelessly away.

However, dear Victor, I still try to believe in our youthful dreams. Even though we haven’t seen each other for a few years, let me eat toast again from a distance. For your freedom and the freedom of your beautiful country, Victor!

Don't Miss it Valentin Tabelon is the fastest, Jacob Morillas is the third!
Up Next Children’s Day at Netia and Polsat Box lasts a month