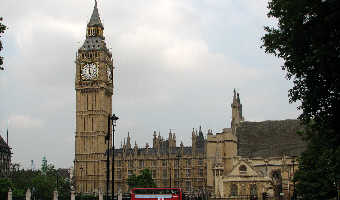 The European Commission has officially confirmed that the United Kingdom of Great Britain and Northern Ireland guarantees an adequate level of protection of personal data.

On 28 June 2021, the European Commission adopted two Executive Decisions setting out the appropriate level of personal data protection in the UK:

Recognition by the European Commission of a specific third country, in this case Great Britain, that ensuring an adequate level of personal data protection allows free transfer of such data from the European Economic Area (27 EU Member States, Iceland, Liechtenstein and Norway) without the need to obtain additional permits or Implementation of additional safeguards provided in Chapter V of the General Data Protection Regulation, which are required if the third country does not provide such protection.

Likewise, data transfers to the UK will be evaluated on the basis of the provisions of Chapter 3A of the 16 September 2011 Law on Information Exchange with Law Enforcement Authorities of EU Member States, Third Countries, EU Agencies and International Organizations, which is implemented in the Polish legal system of During Chapter V of the Directive (EU) 2016/680.

The possibility to freely transfer data to the UK does not preclude the need to comply with other data protection laws.

See also  USA: The court has banned the duty to vaccinate employees of major companies

Both resolutions entered into force on June 28, 2021 and were passed for a fixed period of four years. This means that it will apply until June 27, 2025. If during that time the UK continues to ensure an adequate level of personal data protection, the European Commission may extend the validity of these decisions.

Transfer of data for UK immigration control purposes is excluded from the subject matter scope of the final KEC (2021) 4800 implementation decision, due to the limited application of UK data protection law in this respect.

See also  Liverpool transfers and news live - Sven Putman is a "battle" and Jack Grealish is linked, according to Mohamed Salah

Don't Miss it Buying boom in Great Britain. It’s better than it was before the pandemic
Up Next Iraq: Hospital fire for COVID-19 patients. The number of victims is increasing