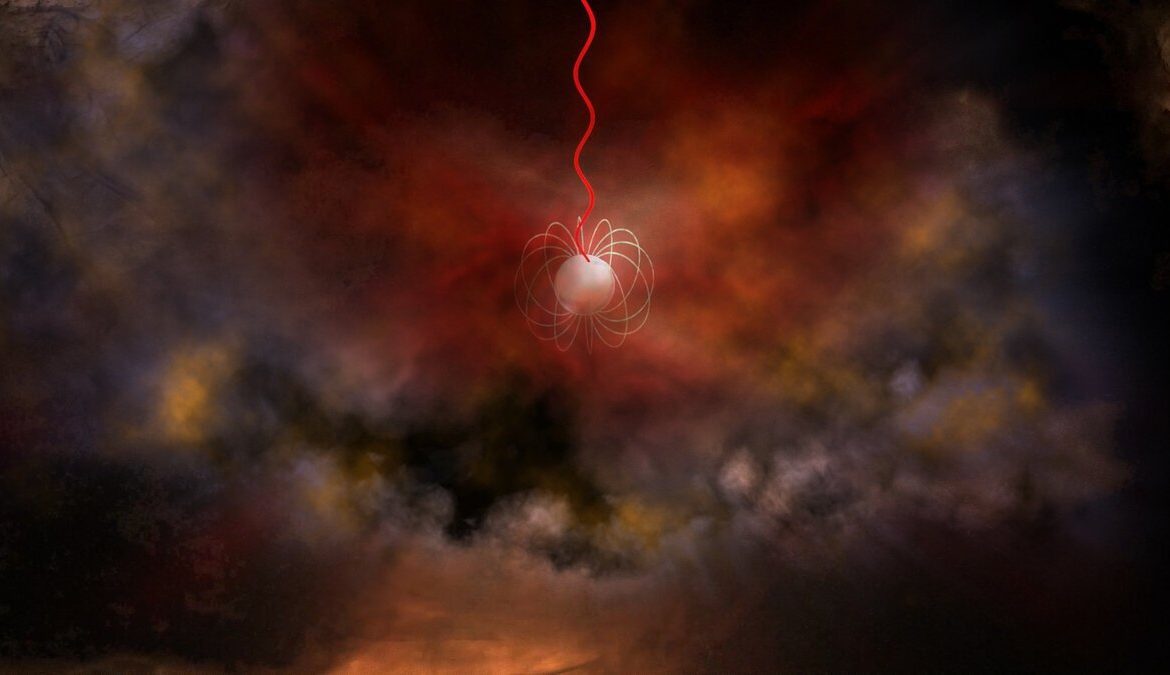 Object FRB 190520 It was detected by the Chinese FAST radio telescope. The explosion occurred on May 20, 2019, and was observed by telescope data in November of the same year. Further observations showed that, unlike other high-speed radio flashes, FRB 190520 emits frequent, repetitive emissions of radio waves. It has been confirmed that the object is 3 billion light-years away from us.

These features make this facility very similar to the first FRB, which was located – also by the VLA – in 2016. We now have two such facilities, and this raises some important questions.Casey Law Caltech

The 2016 discovery was a major breakthrough and provided important information about the environment and distance of the FRB, but the combination of frequent blasts and continuous radio emissions between blasts, originating from a compressed region, distinguished the 2016 object, called FRB 121102, from all other known FRBs. The differences amplify the possibility of two different types of FRB, previously proposed.

Are those that are repeated different from those that are not? What about permanent radio emission – is it widespread?Kshitij Aggarwal, a student at West Virginia University

Astronomers suggest that there may be two different mechanisms for producing FRBs, or that the organisms that produce them may function differently at different stages of their development. Primary candidates for FRBs are ultra-dense neutron stars left over from a massive star exploding as a supernova, or neutron stars with a very strong magnetic field (magnetars).

Read also: Where do neutrinos and FRBs come from? Scientists’ hopes are fading

A feature of FRB 190520 questions the usefulness of FRB as a tool for studying matter between it and Earth. Astronomers often analyze the effects of the medium on radio waves emitted by distant objects to learn more about the matter itself. One such effect occurs when radio waves travel through space containing free electrons. In this case, high frequency waves propagate faster than low frequency waves. This effect is called scattering which can be measured to determine the electron density in the space between an object and the Earth, or to determine the approximate distance to an object if the electron density is known or assumed. This effect is often used to estimate distances to pulsars.

This did not work with FRB 190520. An independent measurement of distance based on the Doppler shift of galactic light caused by the expansion of the universe, determined the distance of the galaxy to be about 3 billion light-years from Earth. However, the burst signal does show a scattering that is typically about 8-9.5 billion light-years away.

There is a large amount of matter near the FRB that could confuse any attempt to use it to measure intergalactic gas. If this is the case with others, we cannot rely on FRBs to be cosmological scales.Kshitij Aggarwal

FRB 190520 may be “newborn,” still surrounded by dense material emitted from a supernova explosion behind a neutron star.

See also  The Star of Bethlehem will illuminate the Somerset sky for the first time in 800 years
Don't Miss it Katarzyna Kawa turned the game around. He decided to break the super tie
Up Next United Kingdom: A case of smallpox has been detected. reassure services | world News